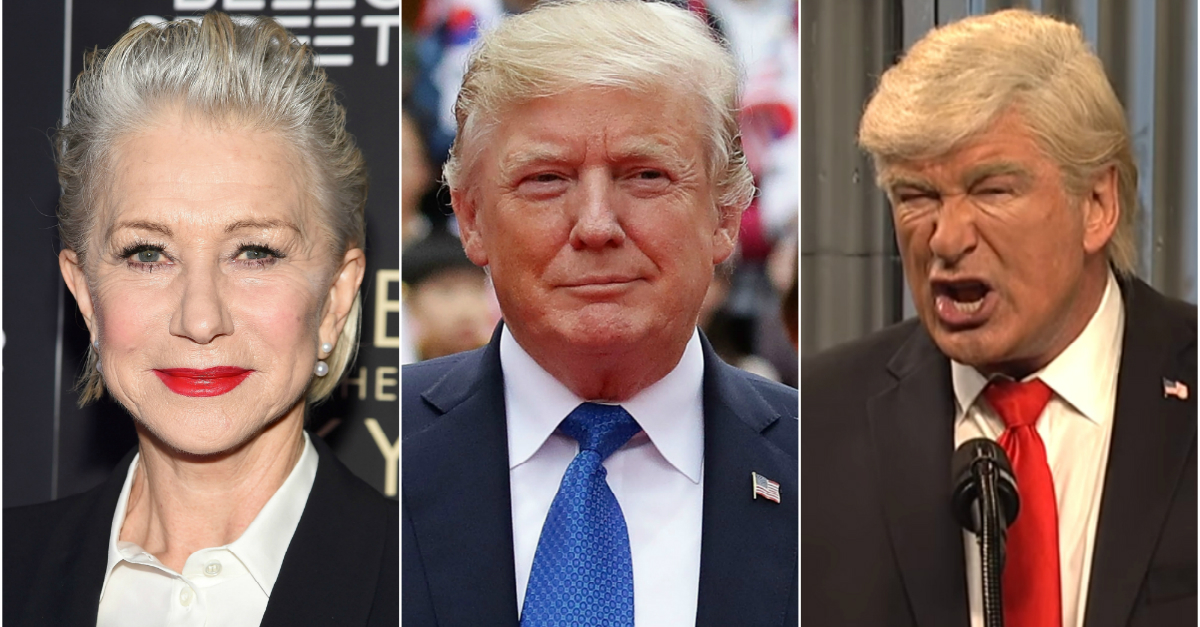 Throughout the course of her illustrious career, distinguished British actress Dame Helen Mirren has tackled some tough roles. She’s already tried her hand at playing legendary leaders like Queen Elizabeth I and Queen Elizabeth II, but it seems there’s one more head of state she’d like to inhabit: the 45th President of the United States, Donald J. Trump.

“I’d be so funny as Trump,” Mirren told the Hollywood Reporter.

RELATED: 2 of Donald Trump’s loudest critics gathered in one place, and it went exactly as expected

At the ripe age of 72, Mirren is the perfect age to play the 71-year-old Trump. She also doesn’t think the president’s mannerisms would be challenging to imitate:

“I don’t think that would be too difficult to penetrate [his psychology], quite honestly,” she said.

“You look at the upbringing. You look at the schooling, the father, the mother. I don’t know much about Mr. Trump’s background, but if I was to play him, I would definitely start there. You have to start with the child, and the child is very much in Trump.”

So watch out Alec Baldwin: there could be a new Trump impersonator in town!