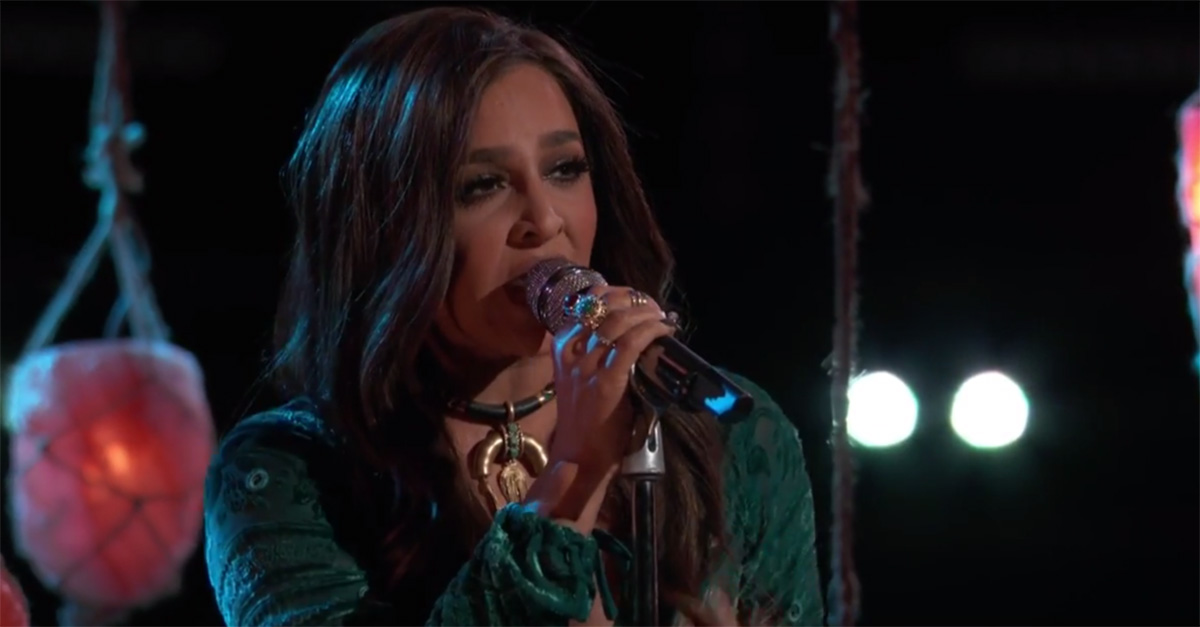 Season 10 “The Voice” champion Alisan Porter reunited with the show that brought her new fame on Tuesday, May 2.

The former Team Christina singer, and once child actress who starred in the 1991 film “Curly Sue,” debuted a new track called “Deep Water” from her upcoming EP, titled “I Come In Pieces.”

In this clip, orange lights hover above Alisan, as she graces the stage in a velvety, green-colored ensemble. The 35-year-old powerhouse, who is accompanied by a pianist, dazzles audience members with her epic runs and major high notes. Coach Alisha Keys, who seems mesmerized by Alison’s spectacular vocals, keeps her eyes glued to the performance the entire time.

Prior to her musical debut, Alisan reminisced about her Season 10 triumph. She said, “It was very surreal hearing your name called. You win and you’re sort of whisked off. I flew to New York and did a bunch of press. Then I took a five-day trip to Nashville and wrote my entire EP.”

“I think the most important thing for me is to just continue to make great music,” she continued, “and to give my fans my authentic self. It’s such an honor to come back here and to perform my own song.”

Alisan’s crowning moment on “The Voice” was monumental, as she became the first artist to win the show with a female coach. And, of course, her former mentor Christina Aguilera is still very proud of her mentee. In fact, on April 28, Christina took to Twitter to show her support for Alisan. She tweeted, “Check out @AlisanPorter’s new song ‘Deep Water.’ Voice of an angel! Not only an amazing singer but writer as well!”

Check out @AlisanPorter's new song Deep Water…Voice of an angel! Not only an amazing singer but writer as well!👏🎤👑💖https://t.co/OqHLxL8xGU

Congratulations, Alisan. We love seeing you back on the stage!