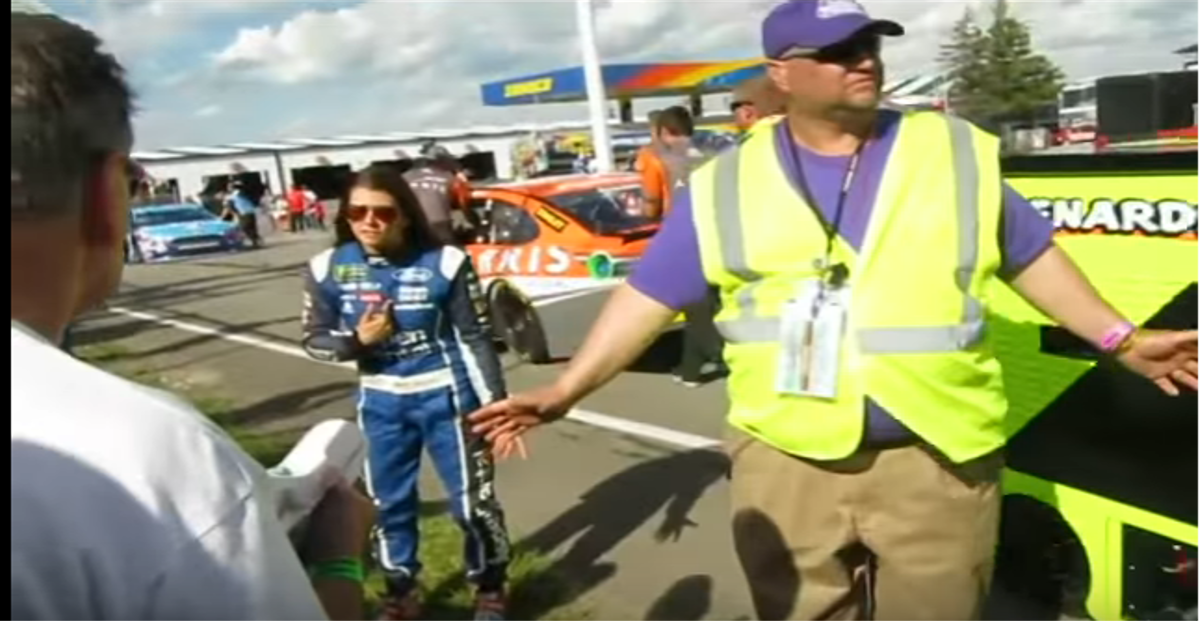 Danica Patrick is once again finding herself in a slew of controversy these days, as video has surfaced of her confronting fans at Pocono Raceway on June 10 when they booed her for not signing autographs.

RELATED: Dale Earnhardt Jr. finds himself in the middle of yet another feud

“Since I’m old, instead of taking the booing, I want to tell you, I’m doing the very best I can,? Danica says in the video that quickly went viral. ?I mean, If you’re a real fan, you know that I’m not just like ? my job is not to sign autographs, right? My job is to drive a car and to tell the crew chief what’s going on. I don’t appreciate the booing. It hurts my feelings. I’m a fucking person; you know what I mean? I’m a person, too. I have feelings. When you boo me, it hurts my feelings. Please just be supportive fans. I’ll do everything I can. When I came from over here, my car was over there. I can only do so much. I have to get in the car. So please understand that.”

RELATED: NASCAR’s Danica Patrick strikes back against the haters

Fellow driver Dale Earnhardt Jr. couldn?t help but weigh in on the incident during his weekly podcast June 13. And while he showed empathy for his friend and fellow driver, he did say that Danica could have handled everything a tad differently. ?She?s had a tough year, she?s under tons of pressure,? Dale Jr. said. ?I can completely relate to where she is mentally. I hate it for Danica because it paints her in a bad light, but she brought it on herself. You never know when a camera?s rolling, who?s watching.?