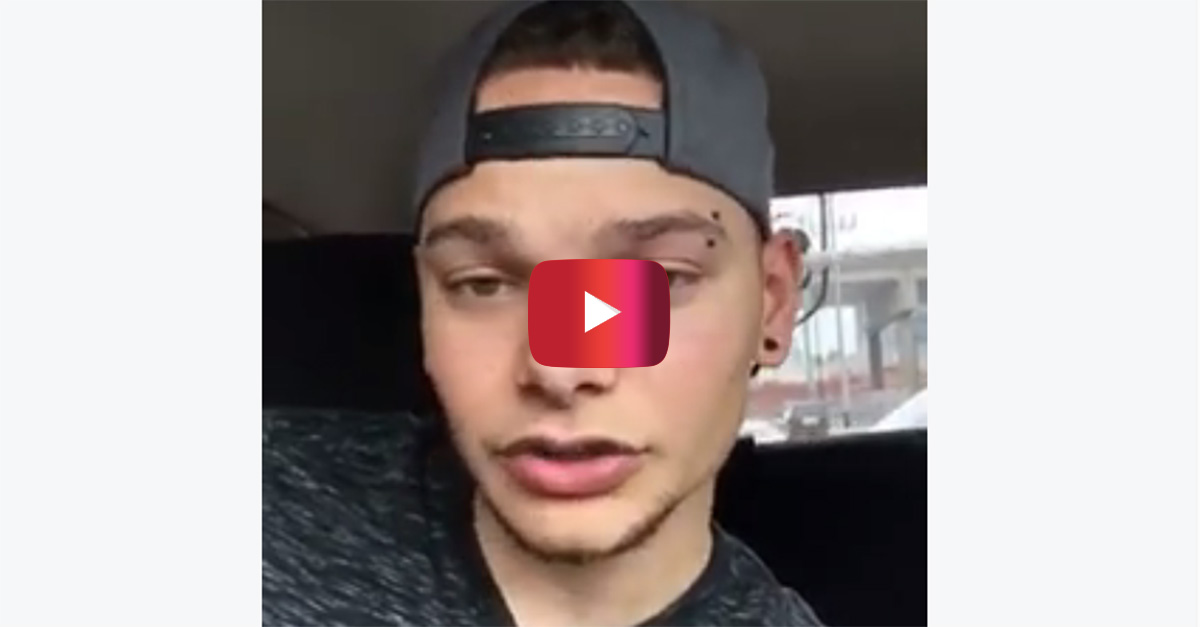 Rising country music star Kane Brown doesn?t look country. But when he opens his mouth, he sounds more country than anyone around.

Kane took to Facebook March 9 to share his new song ?Grandaddy?s Chair? from the front seat of his car, giving his rabid fleet of fans a sneak peak at the heartwarming song.

?I?ve had it for two years, the first verse and I never finished it,? he tells the camera. ?My best friend Brandon and Kenny my drummer – they just lost their Granddad?s so that encouraged me to finish it. Everything that?s written in this song is all true.?

It?s not hard to hear in his voice how much he loved his grandpa, but when you hear the song, it?s even more obvious this man meant the world to Kane.

?One of the main things I used to do was pretend rodeo in front of his chair because he got sick?and he never left his chair,? Kane says.

You can almost see the memories start floating through his mind when he turns up the radio and sings along. Get ready for a gut punch because this song is so beautiful and so descriptive, you can see the scenes playing out right before your eyes.