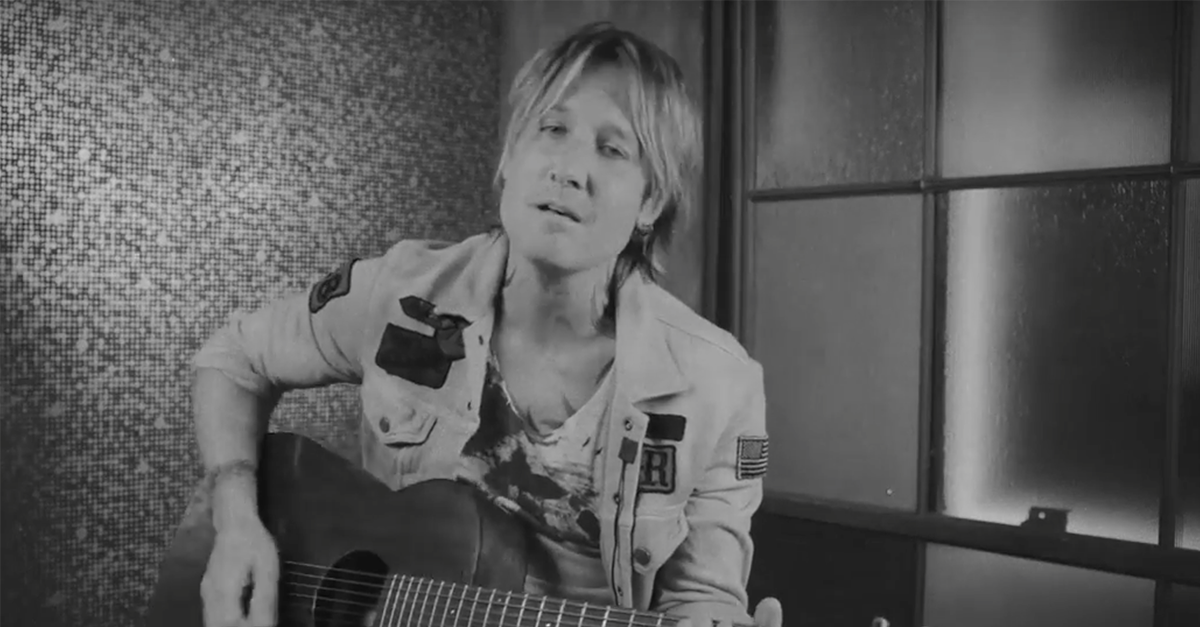 Keith Urban isn’t afraid to take a chance with his music, and that’s evident from this brand-new cover song he just performed backstage at the Grand Ole Opry.

When asked to do his version of a current hit song for the Opry’s Radio Replay, Keith chose to sing a snippet of pal Miranda Lambert’s recent hit, “Vice.” He just pulled it off with no rehearsal and didn’t even bother to change the lyrics to make them come from a male perspective.

He explains, “I’ve never played this, so Miranda bare with me. This is a great song, even if it is weird that a guy is holding shoes in his hand at 7 a.m.”

He then goes on to execute the performance perfectly. It’s further evidence that Keith is a living musical sponge constantly absorbing new songs and sounds wherever he goes.

He said at a recent press event in Nashville, “I listen to so much music from everywhere. I’m Shazaming stuff, and I?m absorbing music and sounds from every era of music — from every facet of where it can come from around the globe.”

Those varied influences show up in Keith’s music, including his latest single with Carrie Underwood, “The Fighter.” It’s the latest release from his ACM Awards-nominated album, “Ripcord.”