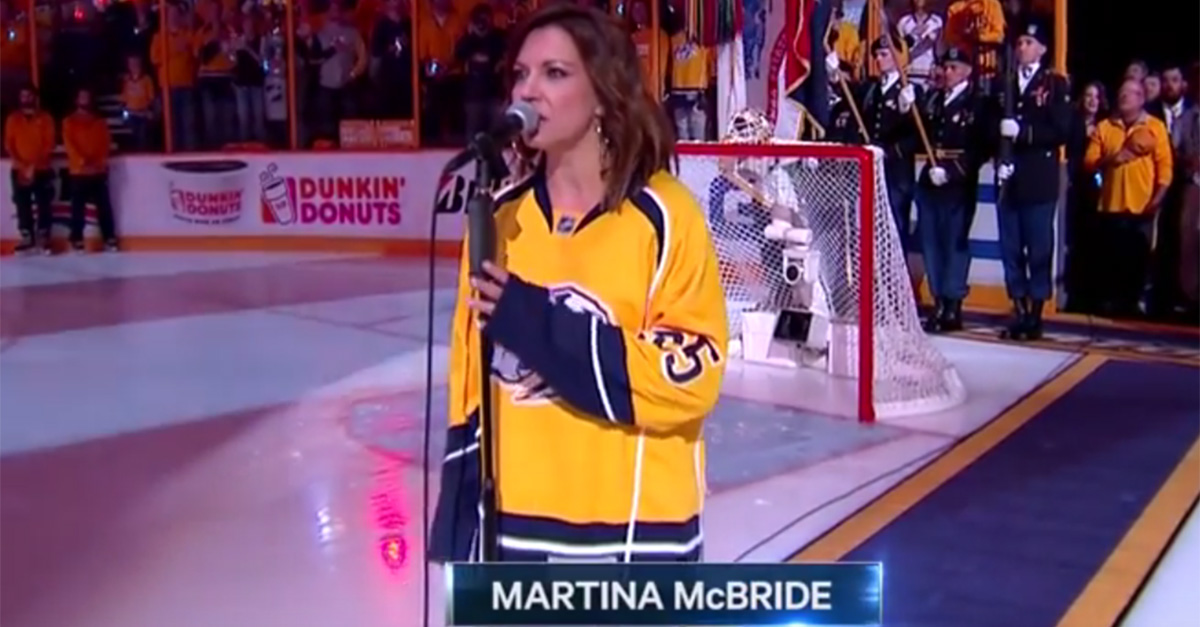 Martina McBride sang the national anthem on June 3 at Nashville’s Bridgestone Arena, ahead of the Predators’ historic first-ever home game in the 2017 Stanley Cup Final.

The country music superstar took the ice prior to Game 3, where the Nashville Predators faced off against the Pittsburgh Penguins and won!

Fans and hockey players alike placed their hands on their hearts, as Martina gripped the microphone to belt out the major high notes and stunning low notes of “The Star-Spangled Banner.” For her performance, the 50-year-old country powerhouse showed her support in a blue and gold Predators jersey. Following Martina’s rendition, Hank Williams Jr. did the honors of waving the towel to rev up the home team’s fans.

The national anthem has certainly been one to watch ever since the Preds made it into the Stanley Cup playoffs. The Bridgestone Arena has continuously kept quiet about who would be next to take on the prideful song.

All week long, fans have speculated that Martina would be the one to sing the song ahead of the game. Though it wasn’t confirmed, “The Tennessean” reported that Martina’s daughter, Delaney, wrote, “When your dad gets to hang with the Stanley Cup? Oh and Tina is singing the anthem on Saturday. LOOK OUT,” on her private Facebook page.

So, who do you think will perform for Game 4 on Monday, June 5?