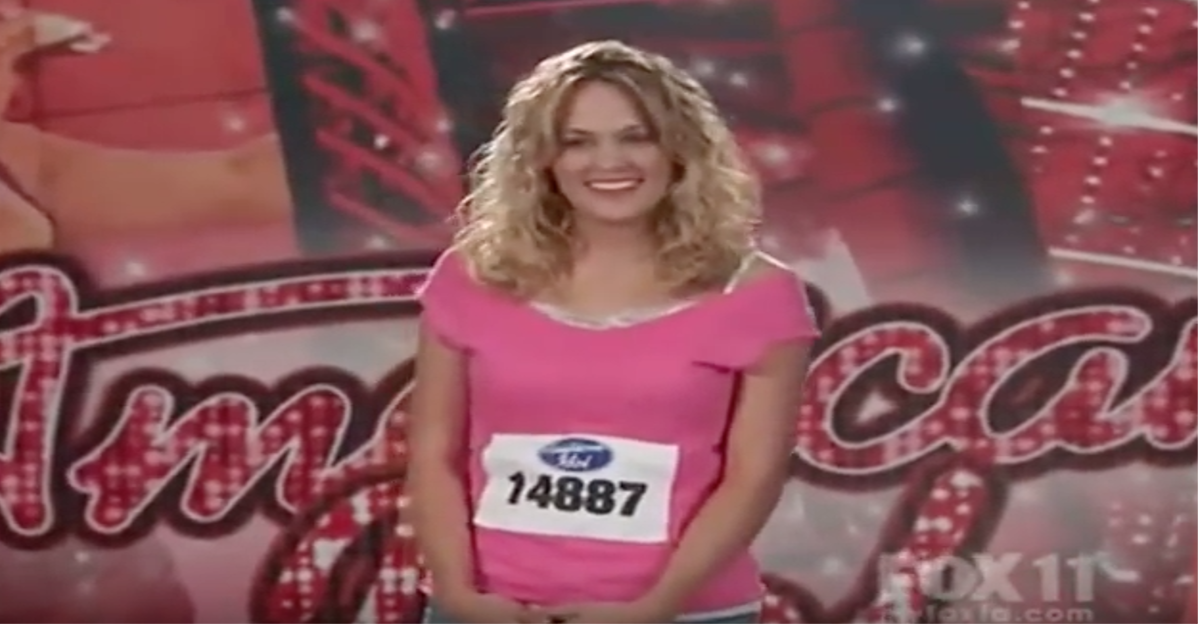 It?s hard to believe that on Aug. 8, 2004, Carrie Underwood was just a farm gal from Checotah, Okla., getting ready to audition on FOX?s popular singing competition show, ?American Idol.?

Back then, hardly anybody knew her by name.

But of course, it didn?t take long for people to realize that Carrie was, and still is, a force to be reckoned with. She stole our hearts the moment that she walked into the audition room! And it was that moment that changed her life forever.

In the video above, Carrie looks fresh-faced and cute as a button during Season 4’s “Idol” tryouts. She gives off a “girl next door” kind of vibe, donning a hot-pink T-shirt and blonde ringlets. She also charmed the judges with her sweet personality, telling Randy Jackson that she thought Simon Cowell was ?scary.?

And, boy, oh boy, even back then could she sing. Carrie belted out the words to Bonnie Raitt?s classic ?I Can?t Make You Love Me.? Not only did she have perfect pitch, but she also had that tone that, to this day, goes unmatched by any other artist. Oh yeah, and she can cluck like a chicken! That?s major bonus points, right?

RELATED: Carrie Underwood just proved once again that she is her hockey hubby?s biggest fan

Now, as a Grammy-winning artist with a shelf full of trophies, a boatload of No.1 hits and a role as co-host at the CMA Awards, Carrie is undeniably one of the biggest stars in country music!

Not bad for someone who got on her first airplane at age 21. Needless to say, we?ll remember Carrie Underwood’s first and ?Last Name? for good!