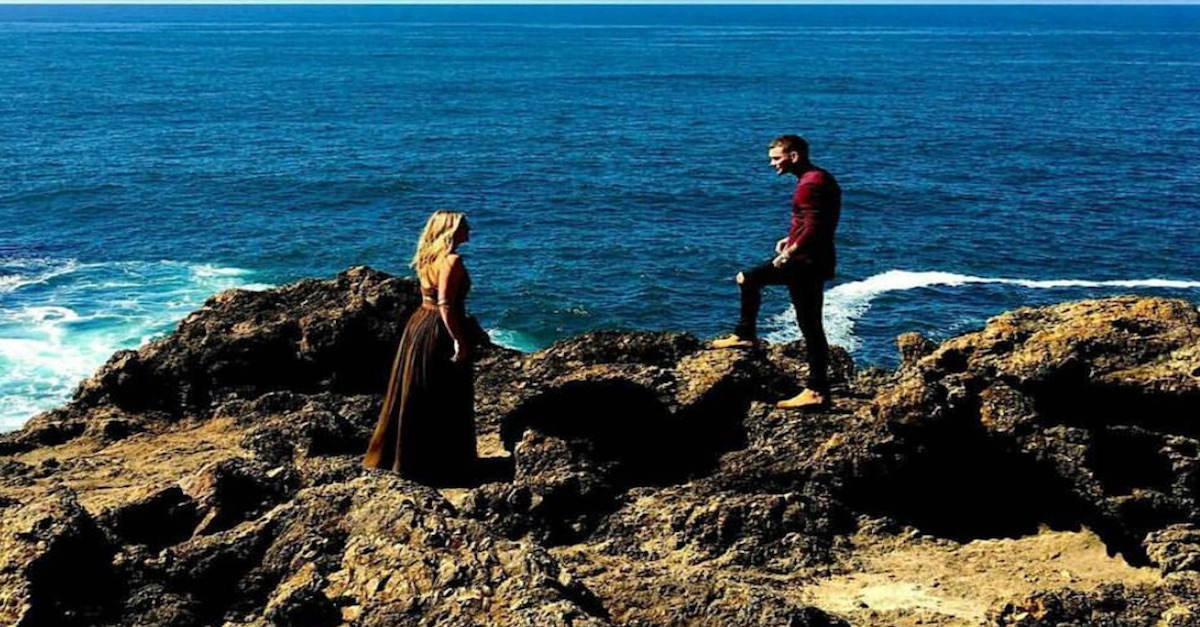 We’ve been in love with this song since the first time we heard Kane Brown and Lauren Alaina coming through our stereo speakers. “What Ifs” is the newest single from Kane’s self-titled debut album that came out in December, which you can listen to here, and we have just learned that he is also releasing a music video for the track.

And, making it even better, Lauren will appear in the video with Kane.

Both Kane and Lauren shared shots from the video shoot on their Instagram and Snapchat accounts. The moody, uptempo tune appears to be set against a dramatic seaside backdrop on the Pacific coast.

Apparently, it wasn’t exactly beach weather, or at least sunny and warm like we picture or see in videos from Kenny Chesney and Jake Owen. Kane is actually dressed in a cozy warm sweater and when the cameras weren’t rolling, Lauren had a coat draped over her shoulders to cover her sexy sundress.

This is super exciting news coming from both of the artists and a bit of a surprise. It is often a logistical nightmare for singers on different record labels to pull off shooting a video together, so props to both Kane and Lauren’s teams for letting this killer track be heard and upcoming video be seen.

What if I loved all these what ifs away? #whatifsmusicvideo @kanebrown_music

Kane will soon hit the road opening for Jason Aldean on his They Don’t Know Tour. To buy tickets, click here.