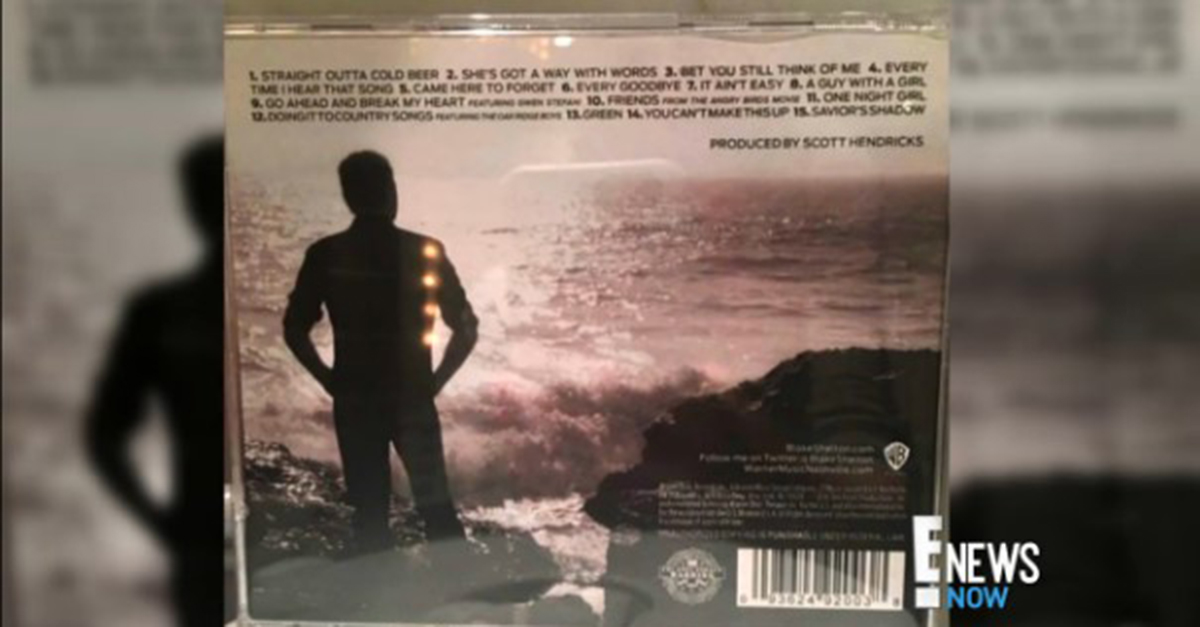 It looks like Blake Shelton?s girlfriend, Gwen Stefani, has officially marked her territory ? that is, on the country crooner?s album.

On April 19, the former No Doubt frontwoman took to Twitter and posted not only the back cover of her beau?s record, ?If I?m Honest,? but also the track listing with a caption that read ? ?Look what I found lying around the house! #ispymyname #goaheadandbreakmyheart @blakeshelton #eeeekkkk! #crazy!”

Yep, that?s right. The lovebirds have a song together!

The ?Make Me Like You? singer will be featured on track No. 9 titled, ?Go Ahead and Break My Heart.? Of course, the tune itself has yet to be heard by the fans, but we can only imagine that the lyrics will be filled with gushing words between the duo. While Blake and Gwen have been pretty public about their romance thus far, this is one thing that they’ve kept secret ? up until now.

So far, we’ve gotten to hear three of Blake’s songs off of the highly anticipated project, including the sultry ?Came Here To Forget,? the gospel driven ?Saviors Shadow,? and the kid-friendly ?Friends? tune for the animated film “Angry Birds.” ?Go Ahead and Break My Heart? is one of two songs that features a collaboration between Blake and another artist ? the other being “DoingItToCountrySongs” with The Oak Ridge Boys

RELATED: You have to see the cutest Blake Shelton video from ?The Angry Birds Movie?