News is a funny thing, as the past year has given us everything from fake news to real news to something in between, which is where this sketch from “SNL” resides. What if the news is “real” but just horribly, horribly misrepresented?

That’s what happens in this sketch, as Mikey Day plays Danny Bangs. Which we’ll definitely come back to.

RELATED: Stray dog taken in by monastery becomes a friar

Cecily Strong and Bobby Moynihan play the anchors of “Good Morning Denver,” Janet Loredo-Deekman and Alan “fun tie” Overbrook. “This country is a mess! I thought I’d brighten things up with a fun tie!” — because that’s exactly what goes on during “Good Morning Denver” in our heads.

The hijinks begin when Janet throws it to their field reporter, who’s at the Denver Zoo with Danny Bangs, whom she mistakenly refers to as a “professional animal pornographer.” And even though Janet eventually corrects herself, the production truck seems to miss it, as they credit Danny Bangs as “Animal Pornographer” as well.

RELATED: Playing peek-a-boo with a zoo tiger can provide some innocent fun

Danny just gets deeper and deeper, to the point where a representative from the Denver Zoo is forced to appear on-screen with him to read a statement about the Danny Bangs situation. It probably doesn’t help that his URL is “dannybangsanimals,” does it? 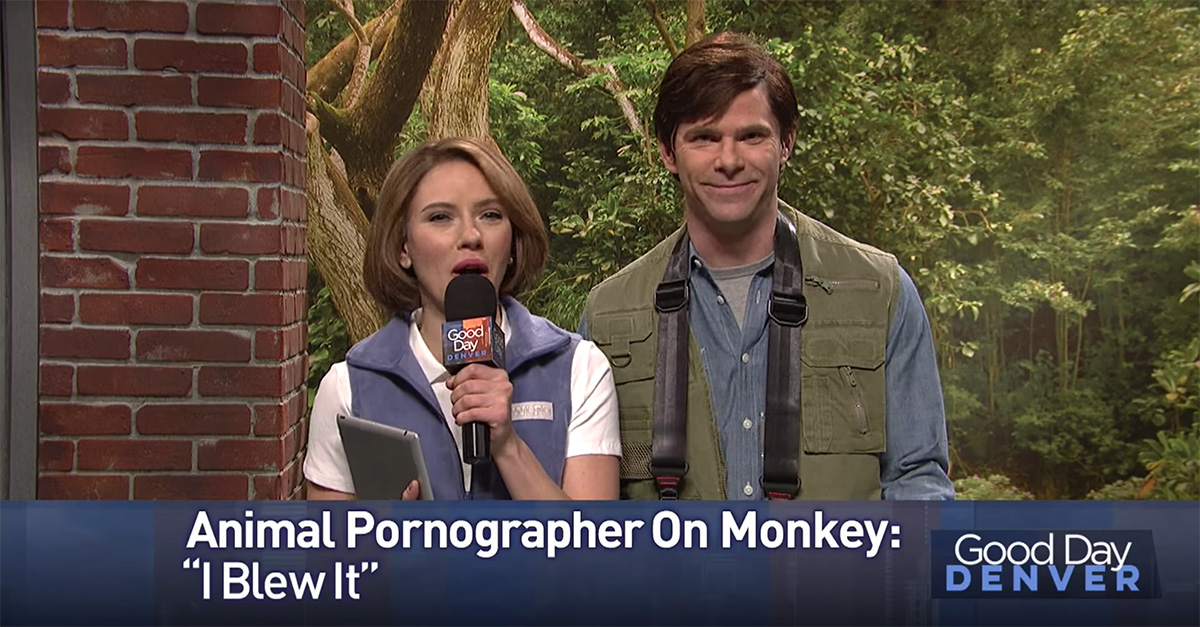