Dave Chappelle’s return to comedy is officially in full swing, and Netflix is about to show everyone just how good it can be.

On March 21, 2017, Netflix will release two specials from Chappelle, ending a decade plus comedy drought for the beloved performer.

Thirteen years after the release of his last special and 11 years since the completion of his Comedy Central show, Chappelle brings his specific brand of social commentary to Netflix.

RELATED: Dave Chappelle’s car commercial parody is still hilarious after all these years

On Thursday, a black and white teaser trailer for the special was released that immediately sent Chappelle fans into a tizzy.

“I know I’ve been gone for a very long time,” Chappelle is heard saying in the trailer.

“Should be [fire],” one Chappelle fan wrote on Twitter.

In November of 2016, Chappelle previewed some of his new material in a post-presidential election episode of “Saturday Night Live.” During his appearance, Chappelle joked about the state of society and about the newly elected President of the United States.

“Donald Trump, he did it. He’s our president. I feel bad saying it. I’m staying at the Trump Hotel right now. I don’t know if he’s going to make a good president, but he makes a swell hotel suite, Imma tell you that,” Chappelle joked.

“Housekeeping comes in in the morning, cleans my room. And I just, ‘Hey, good morning, housekeeping.’ Grab a big handful of pussy, and say, you know, boss said it was okay.” 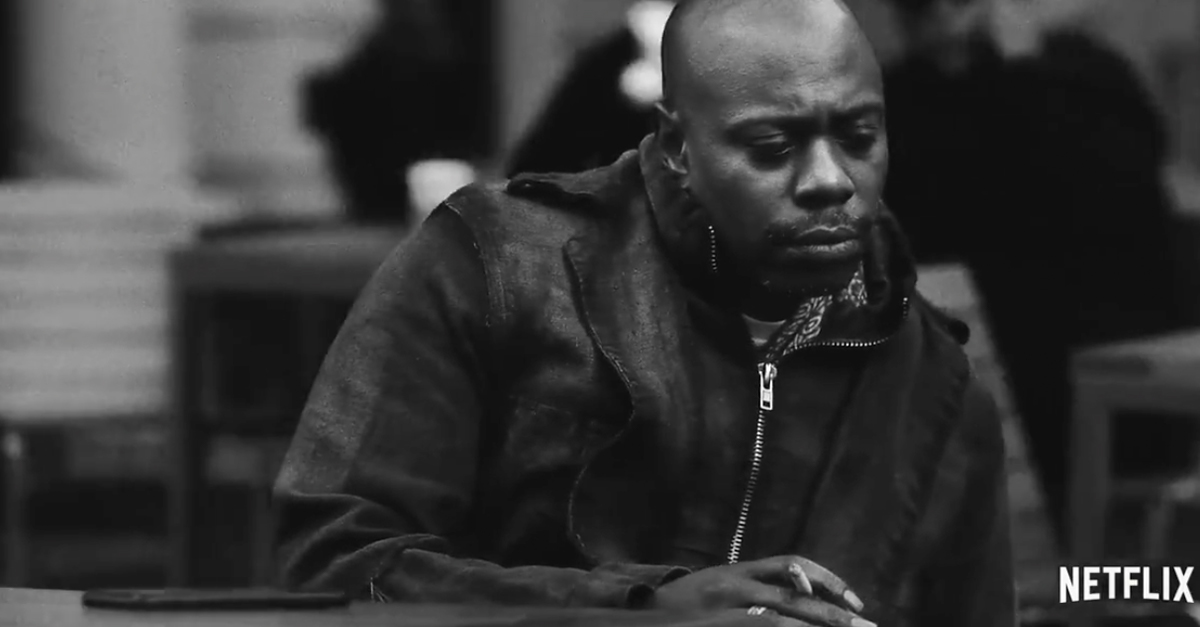