President Donald Trump has been nothing if not controversial, and we’re only three weeks into his tenure as POTUS.

One of the upsides to the madness currently surrounding American politics is that there is no shortage of material to work with on a daily basis. From incredible memes of Trump drawing things in his executive order documents to PhotoShop feats of wonder incorporating an old photo of POTUS in a bathrobe, the internet has really been the winner of the 2016 election.

RELATED: A picture of Donald Trump in a bathrobe gave Photoshop aficionados a goldmine of inspiration

Trump, as anyone who uses a computer knows, love to tweet. As a matter of fact, he tweets with such frequency that one might wonder how he has so much time to put those thumbs of his to use. He has even retweets himself. He tweets from his personal handle @realdonaldtrump and then retweets the message from the @POTUS account.

Now, YouTube user SuperDeluxe brings us another great moment of political satire.The folks who run the Super Deluxe YouTube channel noticed before the election that Trump’s tweets sound like whiny emo lyrics, so they created an emo-styled song out of them. Well, it’s several months later and Trump is still tweeting, so obviously they had to made a second one.In a video uploaded to YouTube on Feb. 12, Donald Trump’s tweets are reimagined, once again, to the tune of a 2000s era emo song. 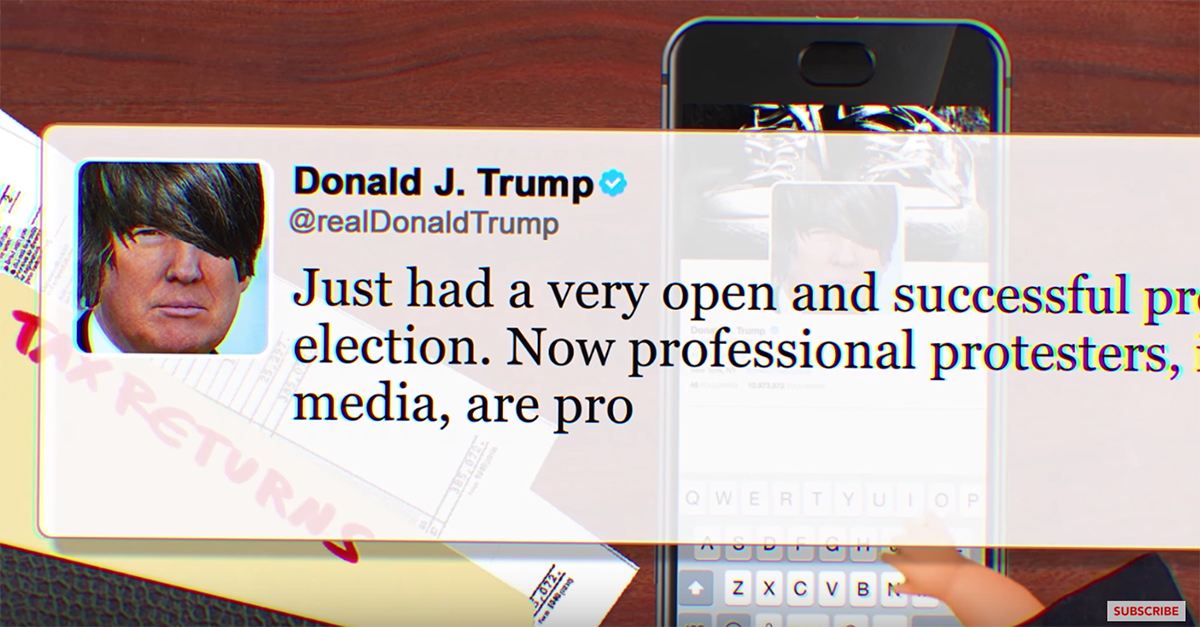