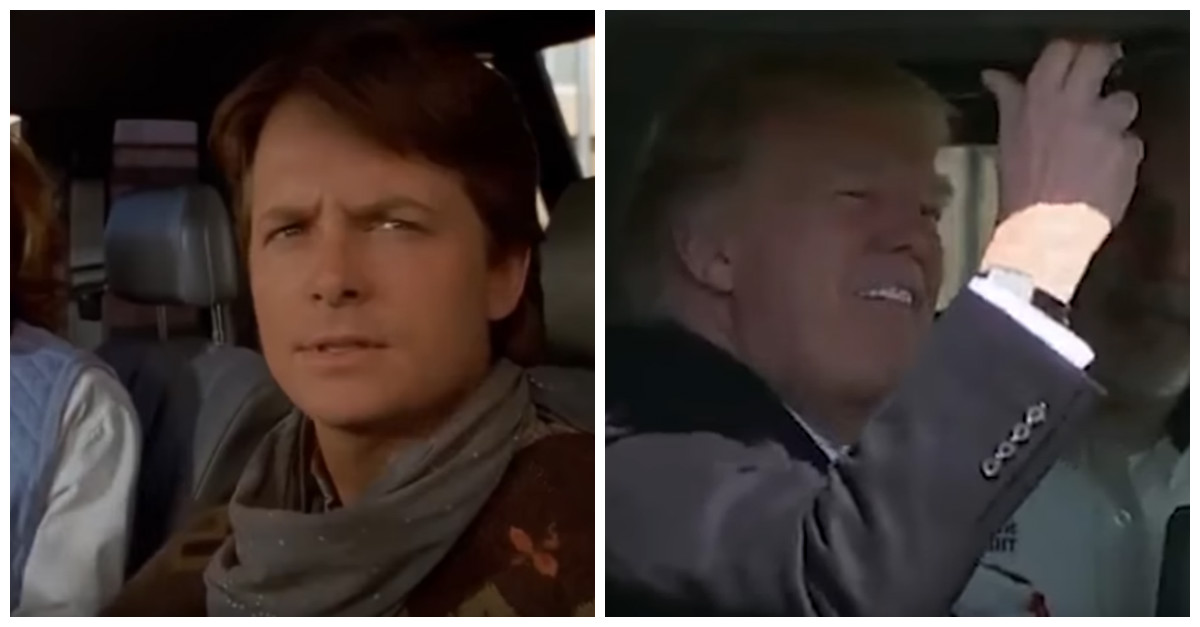 President Trump has had to endure a whole lot of Biff Tannen references. In fact, a “Back to the Future” writer even confirmed that the villainous Tannen was based on Donald Trump. Both Tannen and Trump become incredibly powerful, own gambling halls, are fascinated with women and own a lot of portraits of themselves.

RELATED: In honor of “Back to the Future” week, the movie gets explained in the most hilarious way

Though Marty McFly isn’t actually racing against Biff in this scene — he’s racing “Needles,” President Trump in the Mack Truck is too good to not put in the film.