On Tuesday night’s show, he once again brought out the golden wig and let his inner Trump loose on his evening audience.

Fallon opened his Trump bit by thanking himself and announcing that “it’s been a very crazy weekend for Donald Trump, in case you didn’t hear the news, I’ll tell you now. I shot four under par, my best golf score yet.”

He also announced the arrival of the “Trump News Network,” where it seemed that he was both the anchor and the main story. Of course, at Trump News Network, Betsy DeVos is the lead meteorologist and delivers such insightful forecasts as “today we can expect sunny skies, I like the sun, sometimes I look right at it and my eyes burn.” 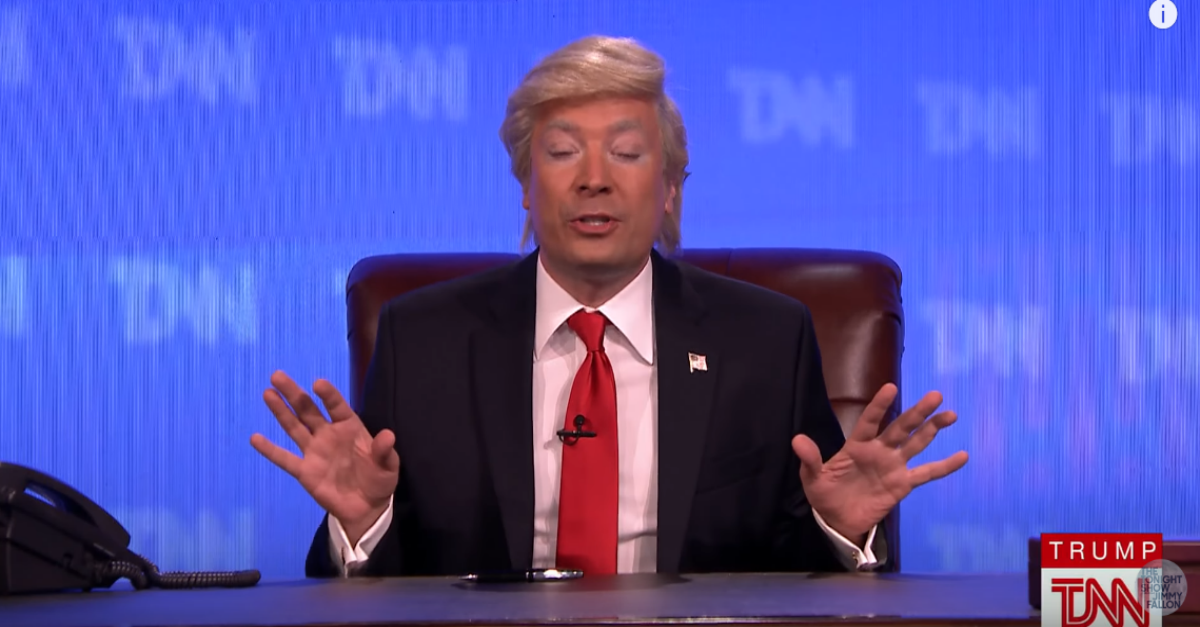