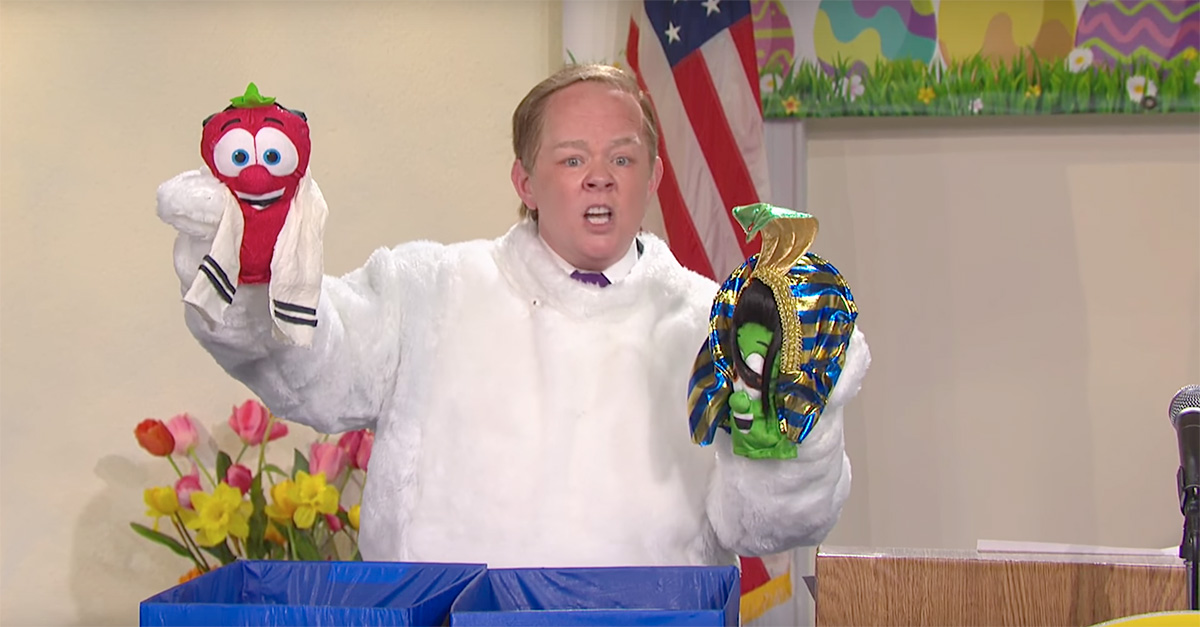 Twas the night before Easter, and all through the “SNL” White House, a Press Secretary was stirring, and he was also the Easter Bunny.

“Hi kids, Happy Easter. Now get out of here,” Melissa McCarthy yelled from inside a white bunny costume. “I’m sweating my Easter eggs off in this thing!” McCarthy’s Spicer impression hasn’t slipped, and she was as on-point as ever.

“As we all know President Trump recently bombed Syria,” McCarthy started. “While eating the most beautiful piece of chocolate cake America has ever laid eyes on — that’s a fact!” And that was before the Syrian leader was referred to as “Bazooka Felicia Ahmad Rashad.”

Of course, Spicey had to again apologize for his recent comments about “Holocaust centers.” “I clearly meant to say concentration… clubs!” But hey, at least they got there on trains and didn’t have to fly United, right? A joke that feels a little too real coming from the Trump White House.

RELATED: Getting ready for the Easter Bunny! Donald Trump Jr. shares a photo of his children taking part in the family’s annual tradition

There was a little awkwardness with the timing of McCarthy’s bit, which according to reports was due to the fact that she wasn’t actually at 30 Rock, but on a stage in Los Angeles, televised for both the home and studio audiences. But as usual, McCarthy was great, especially when explaining the story of Passover with the totally “necessary” visual aids.