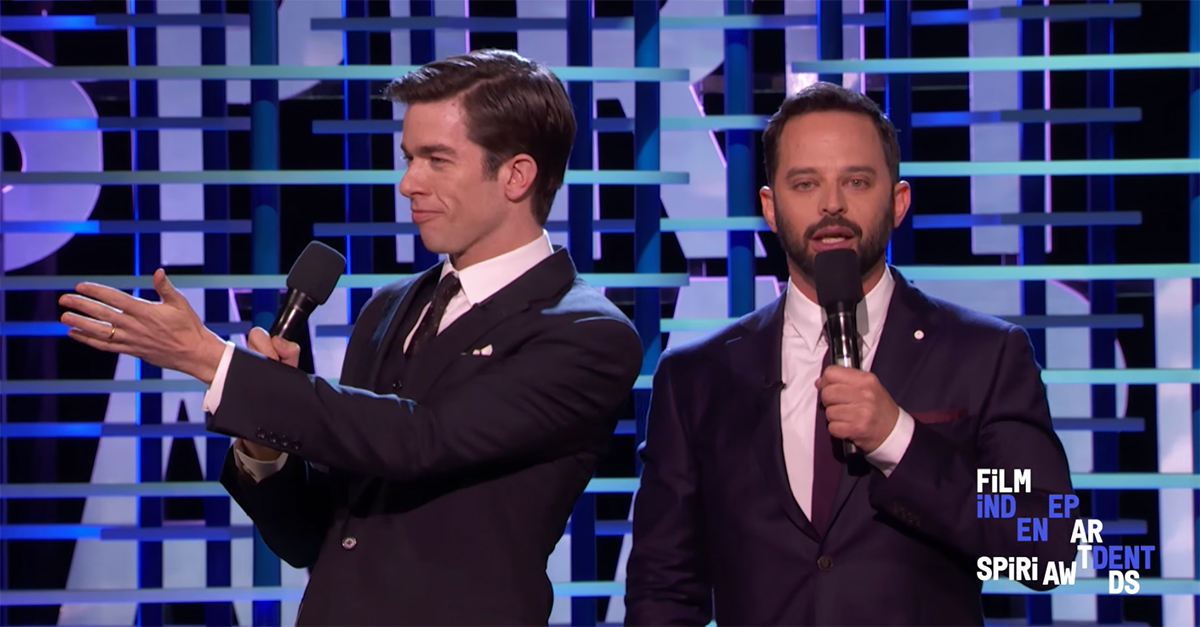 It may not be as popular as the coveted Academy Awards ceremony, but the Film Independent Spirit Awards pulled off an incredible feat just one day before the Oscars: winning the awards season opening monologue competition.

Comedians Nick Kroll and John Mulaney teamed up to give a ten-minute long opening monologue that spared absolutely nobody. From bashing Donald Trump to hating on Mel Gibson, the two hosts held nothing back.

RELATED: It didn?t take long for things for Jimmy Kimmel to make things political during this year?s Oscars

First, Kroll and Mulaney ripped on Mel Gibson’s history of anti-semitic comments and the short-term memory loss moviegoers who were appalled by his hateful behavior seem to have suffered. “We like to think of these awards as the ones without Mel Gibson,” Kroll said of the Oscar-nominated “Hacksaw Ridge” director. “People wondered: how long would it take Hollywood to forgive someone for anti-Semitic, racist hate speech? The answer: Eight years!”

Mulaney added, “So look out for the 2024 Oscars, when the Jean Hersholt Humanitarian Award goes to Mr. Steve Bannon.” Mulaney and Kroll then engaged each other in a conversation over how “sexy and hot” Bannon is.

RELATED: John Mulaney?s story about Trump meeting a hobo has us in stitches

The hosts, of course, couldn’t let an opportunity pass to rip into President Donald Trump. So when Mulaney made a joke that mentioned bathrooms, Kroll immediately jumped in with a zinger. “President Trump rescinded rights for transgender students to use the bathroom of their choice this week, because transgender children in public schools have had it too good for too long,” he said.