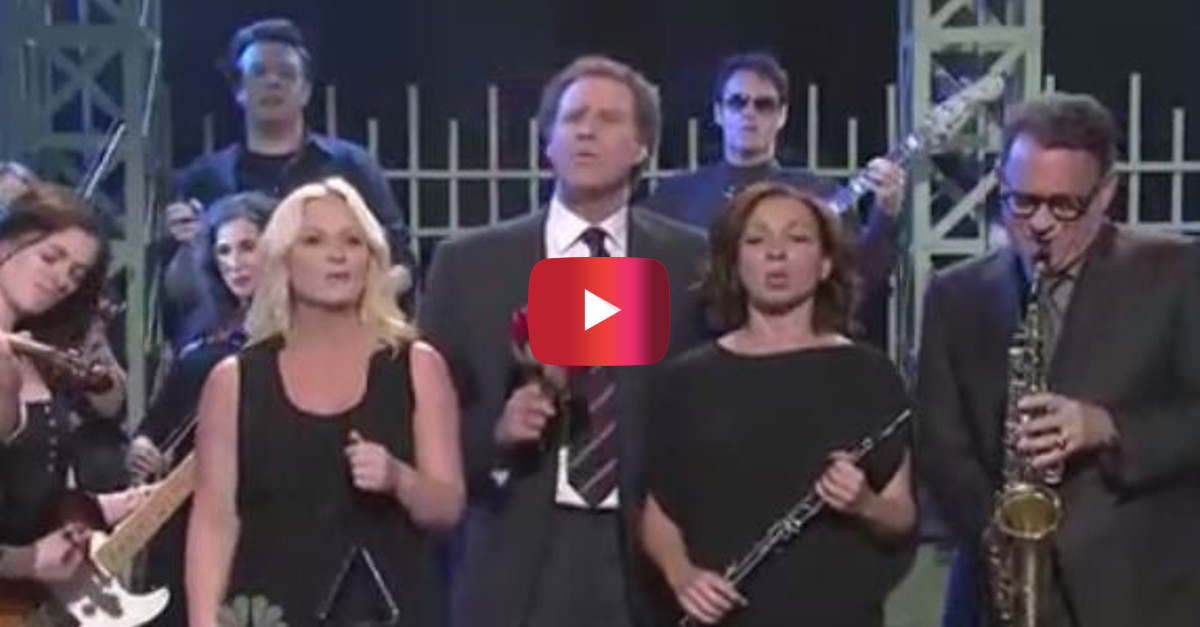 In May 2009, Will Ferrell and Green Day hit the “Saturday Night Live” stage to usher in the end of another magical season of the hit show.

At the end of the night, Ferrell and company gave audiences one of the most memorable moments in the show’s history, as a seemingly normal sketch of four guys in a bar evolved into a star-studded sing-a-long of a Billy Joel classic.

The sketch begins with Kenan Thompson, Will Ferrell, Bill Hader and Darrell Hammon enjoying a drink at a bar, while they swap stories from the road of business travel.

When Hammond’s character mentions that he might go to Vietnam for vacation, Ferrell is transported to the times he spent in Vietnam. As Ferrell rises from the dining table, a helicopter begins to roar in the background, as the opening chords of “Goodnight Saigon,” by Billy Joel appears.

“Goodnight Saigon,” is often looked upon as the anthem of the Vietnam generation, as it tells the story of the men who went to fight a war they didn’t support.

With the gusto of Joel himself, Ferrell keeps singing the song, as Thompson, Hammon and Hader look on in pure amazement, noting that Ferrell had only been to Vietnam once for a quick visit in 2005.

As the song continues celebrities such as Tom Hanks, Paul Rudd, Amy Poehler and Norm Macdonald hit the stage to join Ferrell for the song’s chorus, giving the song new meaning and bringing the season of SNL to a memorable close.