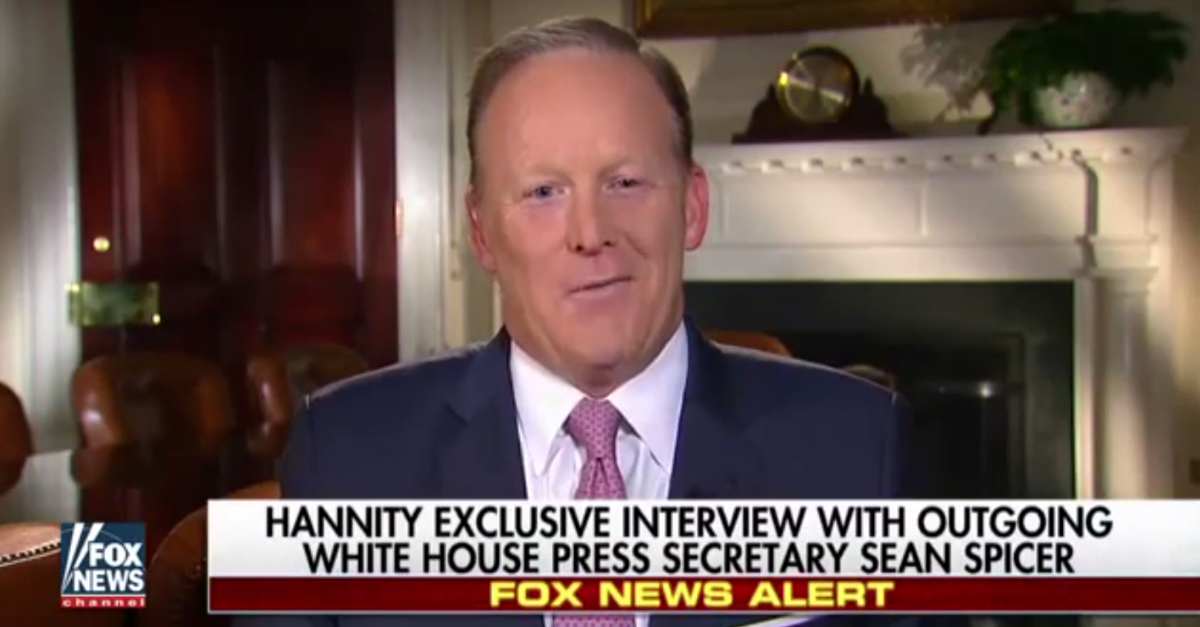 On Friday, after months of speculation that he was being pushed out, Sean Spicer finally left the White House.

Spicer was reportedly unhappy with Trump’s decision to hire Anthony Scaramucci to head up the communications department.

Never before has a press secretary captured the nation’s curiosity like Spicer. In his first press conference, Spicer yelled at the media and took no questions, and though televised briefings became less frequent, they were national spectacles.

Spicer said, “I like a good joke…there were a couple parts of it that were funny. But, there was a lot of it that was over the line.”

He continued: “There are times when it goes from funny to mean. You have to have a little bit of tough skin if you’re going to do this.”

Following his resignation, “Saturday Night Live” tweeted out a clip of McCarthy’s most memorable moments portraying the press secretary.