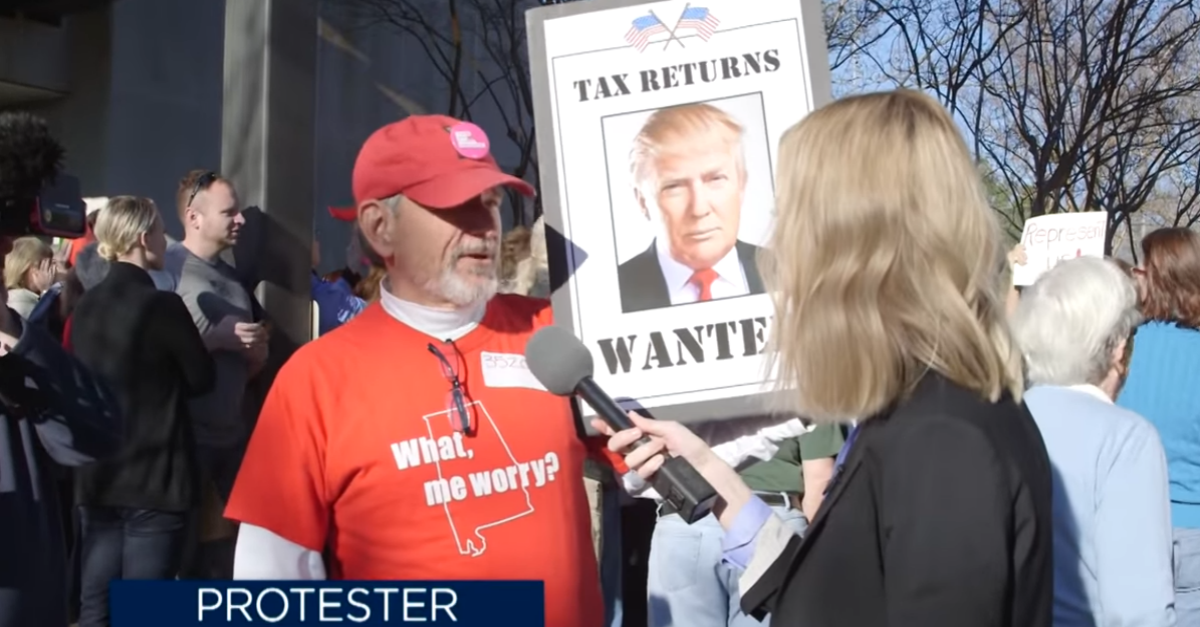 In the wake of President Trump’s election, there have been protests all over the country. Millions of people joined in the “Women’s Marches” and in the protests at Republican town halls. Meanwhile, many of the Republicans have said that the protesters are actually “paid” and the conspiracy theory that these are “professional protesters” has been papered across far right websites.

RELATED: “The Daily Show” goes to Trump country to find out how “Godly” President Trump’s supporters think he is

“The Daily Show” decided to get to the bottom of the “paid protester” accusations and sent correspondent Desi Lydic to the street. In order to figure out what’s really going on, they asked Trump supporters how to spot a paid protester and discovered that the professional protesters love to talk about Hitler. Lydic did a great job at proving the protesters were paid, with lines like “paid protester says what?” and “blink twice if you’re a paid protester.”