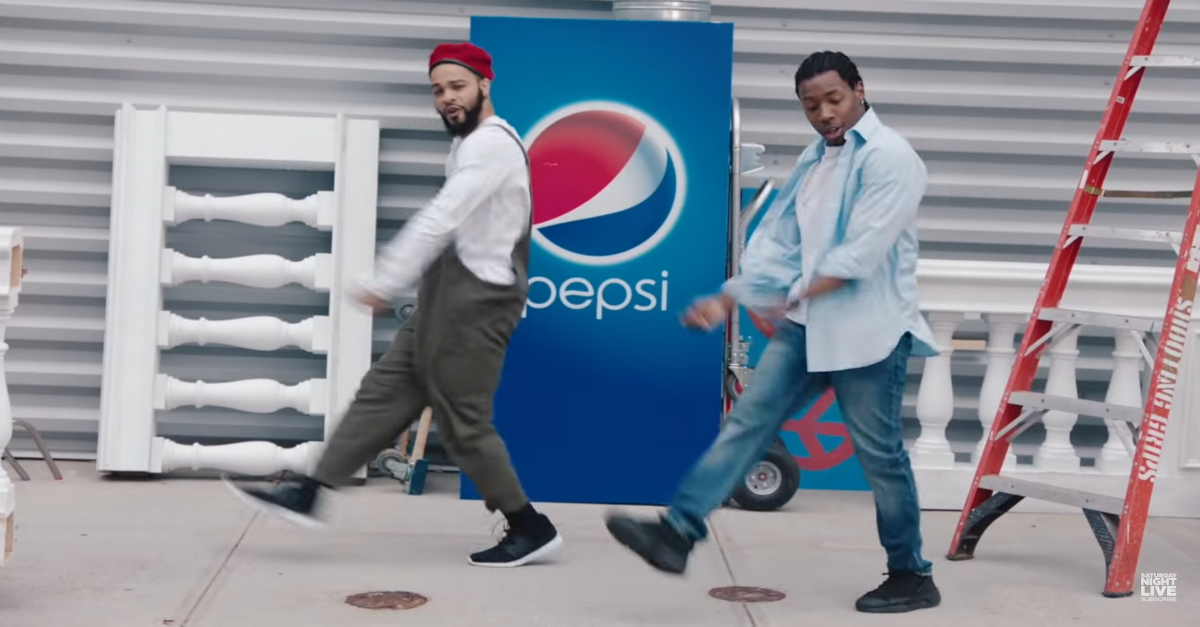 Recently, a Pepsi commercial starring Kendall Jenner garnered a lot of negative coverage for the popular soft-drink brand. Many people took issue with the misappropriation of the Black Lives Matter movement and the ad was incessantly mocked on social media.

The commercial was among the array of topical issues addressed on the April 8 episode of “Saturday Night Live,” hosted by Louis C.K.

In a sketch that completely torches the Pepsi ad, we’re introduced to the director of the commercial — played by Beck Bennett — as he calls his relatives from the set to tell them about his vision.

“So it’s an homage to the resistance,” says the enthusiastic director. “So there’s this huge protest in the street, reminiscent of Black Lives Matter, and so everyone’s marching and they get to these police officers and you think it’s going to go bad because there’s kind of like a stand-off; and then, Kendall Jenner walks in and she walks up to one of the police officers and she hands him a Pepsi. And that Pepsi brings everyone together. Isn’t that like the best ad ever?”

Bennett’s director then hangs his head in shame after hearing his sister’s feedback. He then attempts to get affirmation from other people, who also inform him that the commercial is probably a bad idea.

The sketch culminates with Kendall Jenner — played by Cecily Strong — telling her sister Khloe about the commercial: “I stop the police from shooting black people by handing them a Pepsi. I know! It’s cute, right?!”