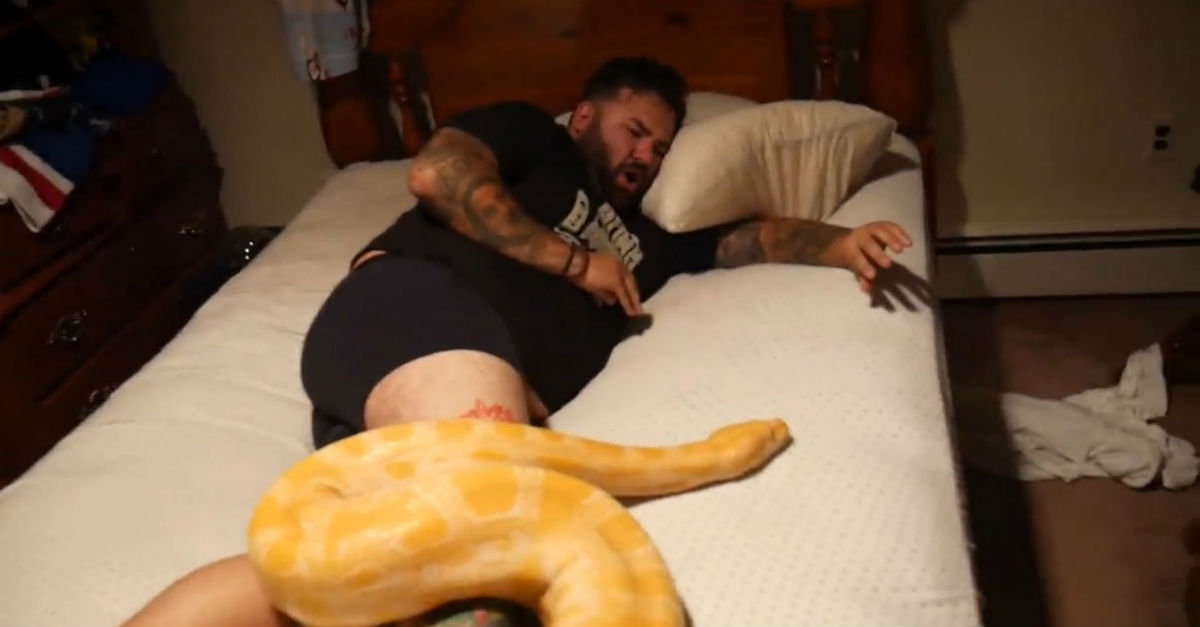 You wouldn’t have to throw a ball too far to find somebody who’s terrified of snakes. But one guy decided to take his friend’s fear to the next level when he brought a massive python into his bedroom. Quietly, he snuck the snake into the bed and the situation escalated from there.

RELATED: This “hard as nails” police coroner found one dead body she couldn’t handle: a snake’s

These pythons are relatively docile. But when their buddy woke up, he couldn’t keep it together. After a few minutes, it appeared that he might be about to collapse into tears and, mercifully, they removed the reptile. Their friend sprinted into another room and let the expletives fly. Thankfully, neither the snake or their friend was hurt in the incident.