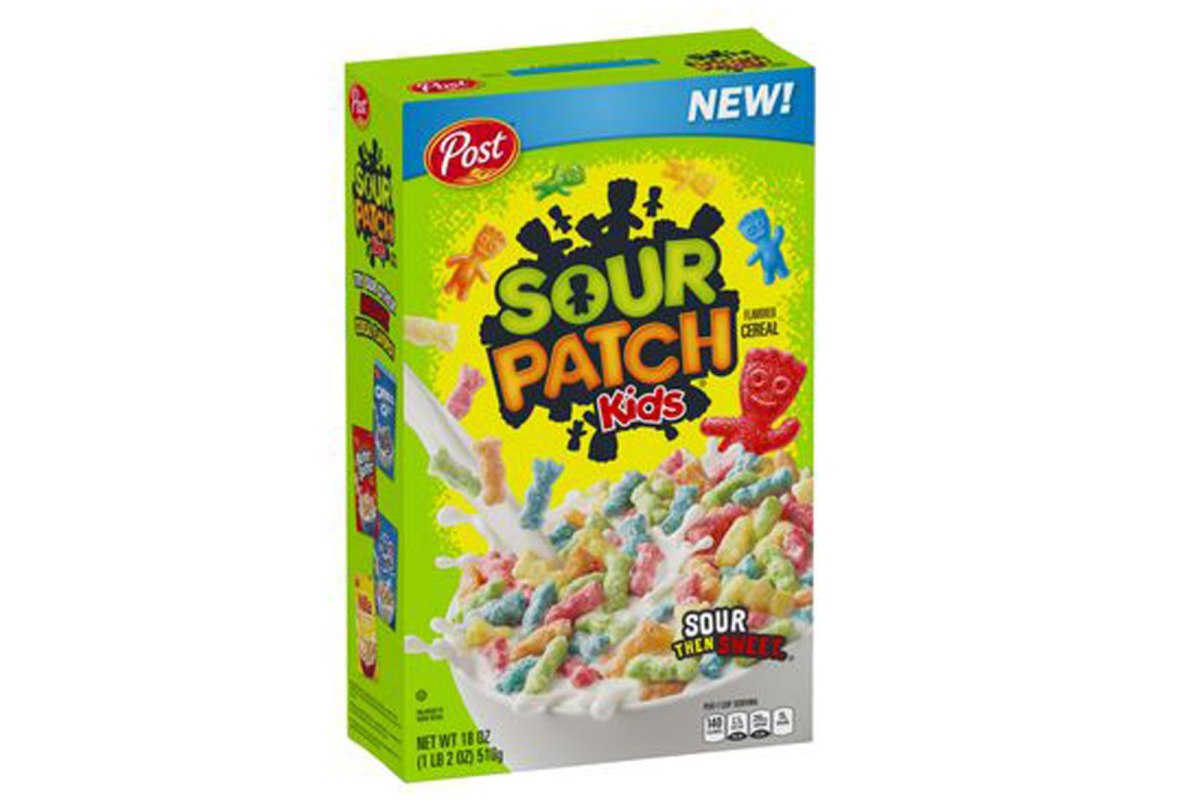 If there’s one thing we know about breakfast cereal it’s the fact that the more sugar you put in it, the better it is. Or at least that’s why my elementary school self would say after scooping in another spoonful of sugar on top of my Kix. It’s probably also what the high-ups at Post cereals realized when they created Sour Patch Kids Cereal. I can already feel the sugar entering my bloodstream.

Beginning on December 26, candy-fanatics will be able to buy Post’s Sour Patch Kids Cereal at Walmart stores, with a larger release to major retailers at a later date.

A rumor about the sour then sweet candy started circulating back in October when food Instagrammer Candy Hunting added a photo to her stream stating, “the authenticity isn?t 100 percent confirmed,” however, they believed that the image didn’t look like a fan mock-up but rather the real deal. They also believed that the cereal was totally possible due to “Post has already released several other cereals in conjunction with [Sour Patch Kids parent company] Mondelez, so this is likely another collaborative cereal between them.?

SOUR PATCH KIDS CEREAL!!! While the authenticity isn't 100% confirmed (I don't know the original source, as the image was sent to me), I'm banking on this being legitimate. First, that doesn't look like a fan mock-up with the cereal pieces. Second, Post has already released several other cereals in conjunction with Mondelez, so this is likely another collaborative cereal between them. Anyway, who's ready for some sour cereal?!

According to Post, the cereal will feature a fruity taste just like the candies it is modeled after. The cereal, which comes in “kid”-shaped pieces,” will be doused in a “sour coating and a sweet finish.” The sour candy cereal will retail for about $4.

Some lucky taste testers have gotten the chance to try out the sugary cereal and reactions are mixed. Lee Breslouer of Thrillist shares that “[it] This tastes like Sour Patch Fruity Pebbles, and that is not a bad thing.” Other’s are not too sure about it, but we’ll let you make up your mind on the sour than sweet cereal.