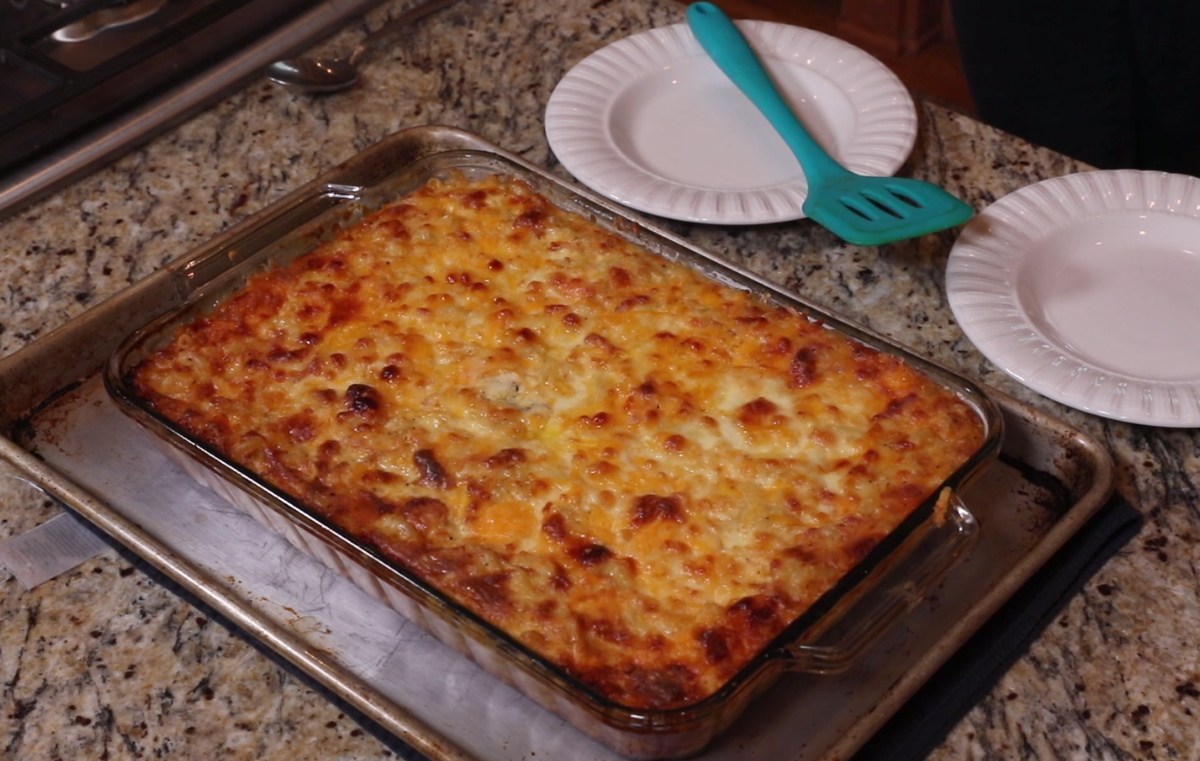 I recently determined that Thanksgiving is not fair. Moms do all the cooking by themselves, while dads and kids watch football and the Macy’s Thanksgiving Day Parade, and occasionally wander into the kitchen to whine about being hungry.

So, this year, I proposed a little switcheroo. I challenged Tyson to make an entire Thanksgiving dinner for me while I watch football in the living room. He’ll be Elissa the Mom, and I’ll be the assistant.

When Tyson gets stuck in the kitchen, he calls Big Mama. She helped him make these incredible ribs for Father’s Day, and she’s also the woman behind this irresistible macaroni & cheese. Seriously, y’all — it’s so good, it hurts. It has five types of cheese!

When we first started mixing the cheese into the macaroni, it seemed like we were adding too much. But it quickly became clear that we needed every bit of that delicious, delicious cheese.

As Tyson so eloquently put it: “Don’t question Big Mama. She knows what she’s talking about.”