This Is Why You Should Get The Flu Shot This Year 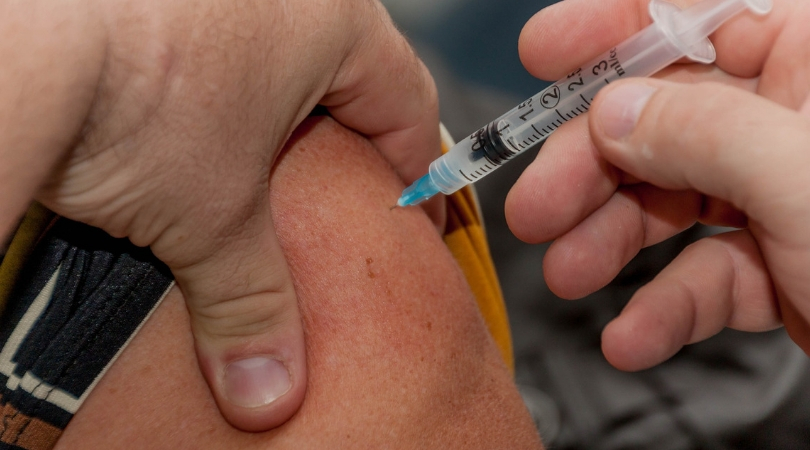 Flu season has arrived and now more than ever health experts are urging everyone who is able to get a flu shot to do so. Although some might not believe the flu shot is effective, experts still recommend one get the vaccine, to avoid spreading any infections and protect yourself and the people around you.

Influenza, commonly known as the flu, spreads easily and fast. You can catch is from someone who sneezes, coughs, or simply talks in front of you up to six feet away. One can also easily infect others one day before symptoms show, and up to a week after being sick. Young children are at higher risk after they can pass the virus along even weeks after being ?cured?.

Since the flu is so common, we tend to forget that it is dangerous when left untreated. In 2014, more than 57,000 people in the United States died of pneumonia or influenza. It was the eighth most common cause of death, behind diabetes. In the 2015-2016 flu season, CDC estimated the influenza vaccine prevented more than five million cases of flu, about 2.4 million medical visits and over 70,000 hospitalizations preventing 3,00 deaths. Last year, the flu killed over 80,000 Americans.

Getting the flu shot significantly lowers the risk of anyone dying or passing it onto to someone. People who are healthy can get severe consequences from influenza, even if they have a high immune system. Flu vaccines are no risk to the human body and are tested extensively for safety and produced under high standards. It is proven to help prevent heart attacks and strokes, as effectively as taking blood pressure and cholesterol medication.

The American Academy of Family physicians recommends annual influenza vaccinations for anyone older than 6 months, and do not have a health disorder that may cause complication. Contrary to popular belief, the vaccine is also recommended for pregnant women.

What exactly is a flu shot?

The flu vaccine contains an inactivated flu virus, meaning that you cannot get the flu infection from the shot. However, there are mild common side effect from the shot itself including headaches, tiredness, nausea, and fever. You should seek medical attention if you develop these symptoms, or allergic reactions such as hoarseness, sore throat, difficulty breathing or lip and eye swelling.

There are three types of vaccines available made with different influenza strains. Most places carry the quadrivalent inactivated vaccine, but your health care professional will individually determine which flu shot is best of you. One can also receive the nasal spray flu vaccine called FluMist, recommended for healthy people ages 2 to 49.

There are also flu vaccines for individuals who suffer from egg allergies, which are grown in animal cells rather than hen’s eggs and is approved for people ages 4 an older. Yet, health experts do state if people with egg allergies are vaccinated, they should get it at a medical setting and supervised by a health care provider who is able to recognize and manage severe allergic reactions.

When should you get the flu shot?

Unfortunately, flu season can start as early and October and end in March, but you can get the flu any time of the year. Although it?s hard to predict flu season or length of duration, you are at high risk during colder months. One should get the vaccine before flu begins spreading around your community. It takes two weeks after vaccination for the antibodies that protect against flu to develop in the body. The Centers for Disease Control and Prevention recommends that people get the vaccine by the end of October. However, it can still be beneficial and offered throughout the flu season, running into January.

Where can you get the flu shot?

Lucky, one doesn’t have to go to their doctor office and wait for an inconvenience amount of time to get an insurance covered vaccine. Many insurance plans cover flu shot at your local grocery store or pharmacies such as HEB, Target, CVS, or Walgreens. Yet, for those who have no insurance, that?s not your only option. Many big employers offer free flu shots, as well as your county health department. Honestly, it doesn’t matter where you go, due to all places using the same vaccine. The important thing is to get it as soon as possible.

What are flu symptoms?

Influenza is a contagious respiratory illness caused by the flu virus. It can cause mild to severe illness, and as stated, lead to death. It is important to contact your healthcare professional before your symptoms get worse, to avoid any sudden complications. Unlike a regular cold, flu symptoms usually come on suddenly and quickly.