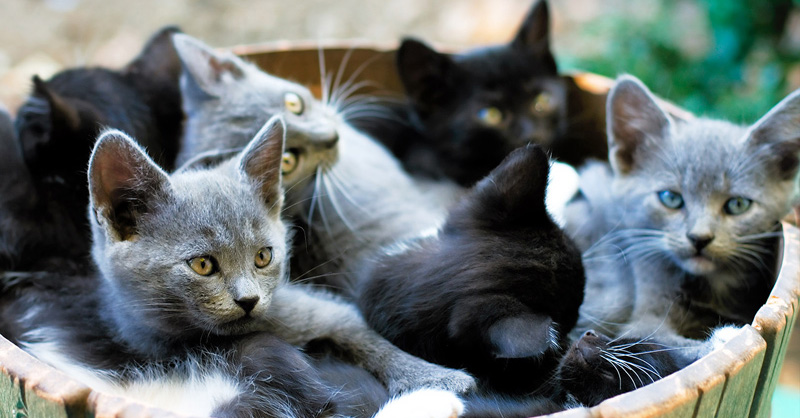 Sterling Davis was preparing to go on tour with rapper Tech N9ne when he picked up a temporary job at an animal shelter — and found his calling.

He quit his music career and became the Trap King, someone who captures feral cats, spays and neuters them, and either takes them to shelters or returns them to their colonies.

Some of the cats he picks up are taken to Java Cats Cafe in Atlanta, where customers can enjoy delicious coffee while playing with cats, all of which are available for adoption.

Trap King is a nonprofit; Davis makes no money for TNR or education initiatives. Instead, he sells Trap King merchandise to raise funds for surgeries and other procedures the cats need.

Needless to say, money is not behind Davis’ career choice. It’s love. He loves cats, and he loves making a difference.

“You don’t lose no cool points for compassion,” he said. “I think we need more men — not just black men, but men period — in animal rescue and dealing with cats.”

“I still get women, women still like me,” he added with a laugh. “Nothing wrong with chasing tail!”

To support the Trap King’s work, visit his Ink to the People page.

About the author: Tyson Horne, Videographer
Tyson is a videographer with Rare and Elissa the Mom's sidekick.
View More Articles