This 5-year-old genius can talk about numbers so big, they’re just theory at this point 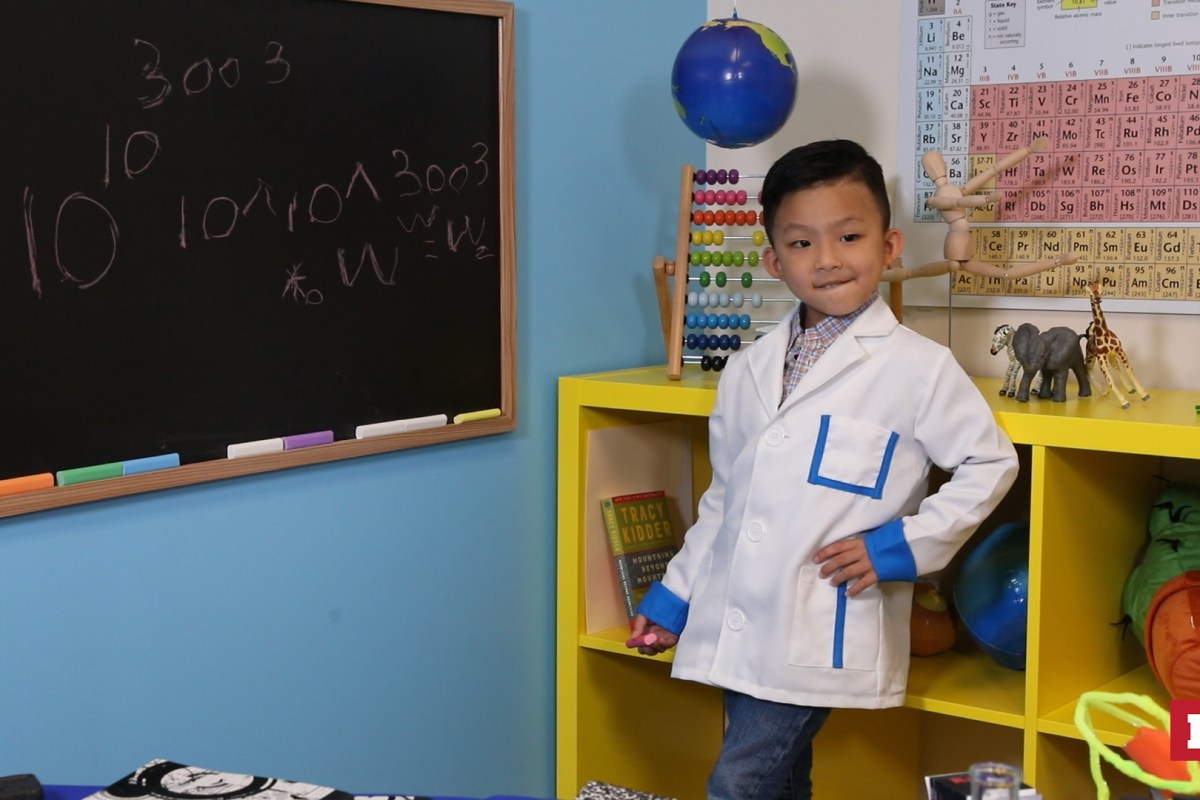 For some of us, math has always been a challenging subject, but others are naturally gifted with a mathematically-inclined mind. Boy genius Anson Wong takes that to a whole new level. At just 5 years old, he is able to explain numbers so big and complex, they’re considered theoretical in the mathematical community.

What is a Googol?

When you hear the word “googol” its homonym “Google” may come to mind. One is a giant tech company and the other is a giant number, equal to 10100, or 1 followed by 100 zeroes.

It’s easy to see why it’s scientific notation is much preferred. Scientists use the concept of googol to compare very large quantities of things, like the number of subatomic particles in the universe.

What is a googolplex?

According to astronomer Carl Sagan, it is estimated that writing a googolplex in its full form would be impossible, because in order to do so, it would require more space than is available in the known universe. But believe it or not, there is even a number bigger than a googolplex.

If you’re paying attention, you can probably guess what millinillionolplex is equal to. If you guessed it’s 1 followed by a millinillion zeroes, you’re correct! Anson refers to this number as “olplex” in his video.

Thankfully, there’s a shorthand way of writing a millinillionolplex and that’s 10^10^3003.

That’s crazy big. And that doesn’t even scratch the surface of how big numbers can get.

Anson?s Answers features 5-year-old whiz kid Anson Wong. He has a college-level grasp on various areas of science, dreams of becoming the president and can speak multiple languages. Did you catch that he?s just 5 years old? Anson has a passion for teaching others and loves to share videos explaining the human body, the laws of physics and his ideas for the future. Grab a seat, because Professor Anson?s class is in session!