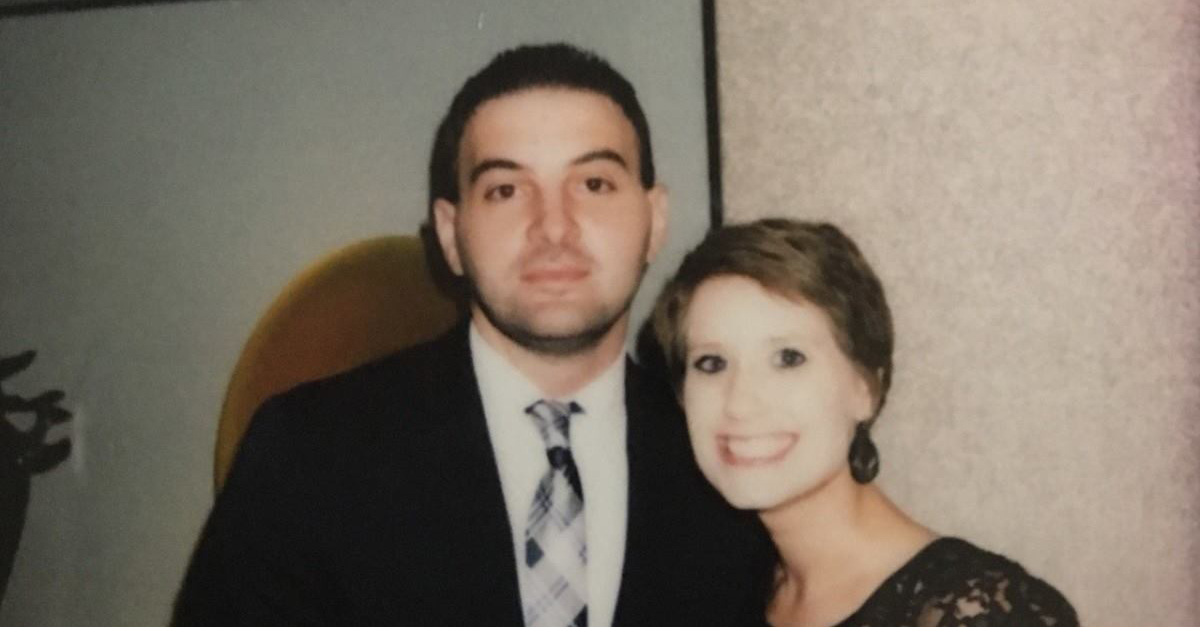 When John Polo found a photograph of his late wife, Michelle, trying on her wedding dress, he felt “both happy and devastated.”

Sadly, Michelle never got a chance to walk down the aisle in the dress she loved so much. She passed away from proximal-type epithelioid sarcoma, a rare form of cancer, just two weeks before her wedding.

RELATED: Watch as this bride is stunned during the most important dance of her life

On his blog, Better Not Bitter Widower, Polo wrote that he and Michelle first dated in high school. They lost touch for eight years, then reconnected and picked up right where they left off.

In July 2013, two years after their reunion, Michelle was diagnosed with cancer. She and Polo immediately got married at the courthouse and planned to hold a larger wedding later.

The wedding was scheduled for February 2016, but Michelle passed away on Jan. 22. She was only 30.

Of his wife’s death, Polo wrote:

“While in hospice I was venting to my sister about this, and she asked me a question that would forever change me. ‘Would you rather have not gotten back together and found out years later that she died of this terrible disease?’

“That question profoundly changed me. It shook me to my core. It changed my heart. It changed my soul. In an instance [sic], I was no longer bitter. I was better. I am so deeply thankful that we were brought back together.”

Michelle picked out her dream dress for the wedding, but didn’t want Polo to see her wearing it until the big day. When he found the picture of her trying it on, he was overcome.

“If I had to choose one emotion to describe how I felt when I saw it, it would be pride,” he told PEOPLE. “I felt pride she was my wife.”

RELATED: A beautiful Pennsylvania bride was walked down the aisle by the man who received her dad’s heart

Polo now focuses on raising Michelle’s daughter from a previous relationship and helping fellow widowers find a renewed sense of purpose in the face of loss. He will soon release “Widowed,” a book based on his blog.

“When she was dying, Michelle was worried that people would forget about her,” he told PEOPLE. “I’m writing in order to keep her memory alive.”