Blake Shelton has waited a very long time for his buddy Luke Bryan to join him on “The Voice.” In fact, he’s spent 12 seasons crossing his fingers in hopes that the two would get the chance to work together on the show.

Now, it’s finally happening! The “Huntin,’ Fishin’ and Lovin’ Everyday” singer will serve as a key adviser for Blake’s team, as part of the all-important battle rounds of the competition.

RELATED: It sounds like there’s a “The Voice” bromance brewing between Blake Shelton and Luke Bryan

The idea of having his 40-year-old country comrade around is giving Blake all the feels. So much so that he recently reminisced on the time the two first met each other.

“I first met Luke, I think, at an awards show,” Blake says, while sitting beside Luke in an exclusive video for “The Voice.” “I guess it was 2007. That would’ve been the first year I met him.”

“The conversation was about line dancing,” he continued. “I think that was when we realized we were going to be friends.”

OK, OK, perhaps Blake may have fabricated his story a bit. Either way, we’re pretty sure they hit it off as friends from the very beginning.

This isn’t the first time that Blake and Luke have worked together. In fact, the country hunks previously co-hosted the Academy of Country Music Awards for three years in a row. Blake, then, passed his ACM torch to fellow singer Dierks Bentley.

Aside from the Luke and Blake dynamic, Céline Dion will be Gwen Stefani’s key adviser this season. In addition to that, John Legend will be helping out Adam Levine’s team, while Alicia Keys gets help from DJ Khaled. 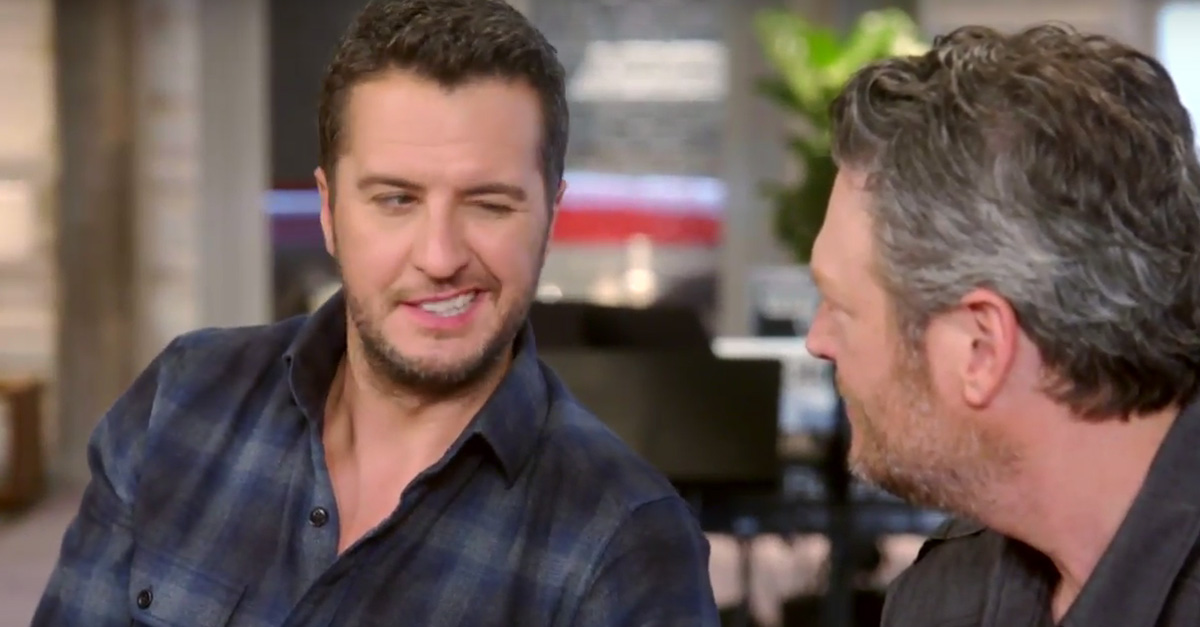