Jason Aldean and his stunning wife, Brittany Kerr, will be celebrating their second anniversary later in March, but it seems as though the ink wasn’t even dry on their marriage certificate and people were already asking the question: “When are you having a baby?” And that question hasn’t stopped. In fact, in a recent Q&A the couple did from their home, it was the first question they discussed. The response? “We’re trying.”

Mission accomplished — sort of. And that didn’t take long!

On Mar. 5, Jason and Brittany appeared on Instagram to share the big news. Brittany began the announcement saying, “We recently did a Q&A and a lot of the questions were when we were going to start extending our family.”

Then Jason chimed in, “When can finally tell you, it’s happening. We’re extending the family. Meet the newest member of the family… Boss.”

Wait, what? Did we just get duped? Well, sort of. “Boss” is a baby, but he is of the four-legged, furry variety. Boss is the couple’s new French bulldog and the pup, who appears to be a blue brindle, doesn’t seem to care that his new family is one of the hottest couples in country music. In fact, he seems to just want to get back to napping.

Boss joins two other pups in the Aldean household — Mia and Bentley — and Jason has two daughters as well — Kendyl and Keeley. And while the pup is as cute as can be, we’re still hoping for another baby in the near future. 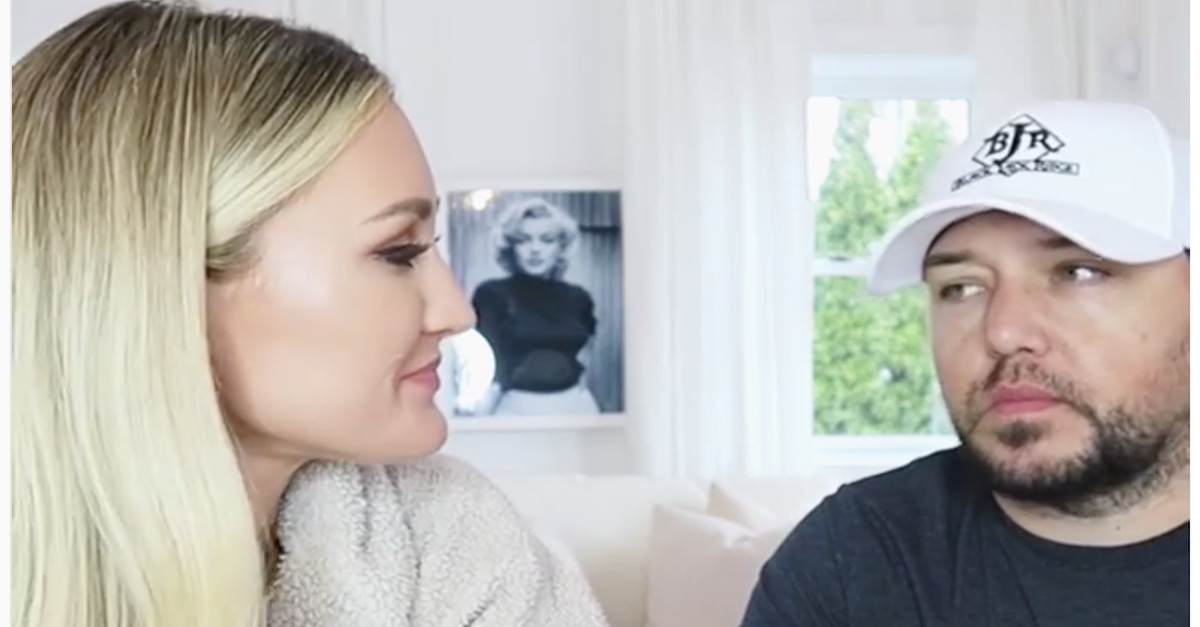