Country music superstar Jason Aldean and his gorgeous bride, Brittany Kerr, are two of a kind and so cute together! They’re always showering each other with love and affection with date nights, front-seat carpool karaoke sessions and family vacations!

Feb. 28 marked Jason’s 40th birthday. So, Brittany was extra sweet on her man. She surprised him with a special trip to Steamboat Springs, Colorado and made sure to document the pair’s fun on Instagram with a series of photos.

RELATED: Watch Jason Aldean wring every last bit of heartache out of this sad country song

In one shot Brittany captions, “Birthday trip for my man!!! @jasonaldean ?❄️???”

As you can see in the photo above, both Brittany and Jason look so cozy and comfortable, as they pose alongside each other from their seats on an airplane.

In another shot, the two steal the most adorable air kiss!

In this photo, Brittany dons a cute snow bunny beanie and a warm coat, while Jason sports full-on hockey gear. Both Brittany and Jason share the look of love, as they pucker up for each other in front of the camera. Awwww!

Although the two shared some loving moments together, it looks like they weren’t alone. Another photo shows that Brittany and Jason partied it up with an entire crew of about 20 people! The group played a recreational game of ice hockey. How exciting!

Brittany captions, “The most entertaining thing we’ve seen in a while??”

Turns out that the mini vacation was also spent with Jason’s buddy, Kurt Allison, who was celebrating a birthday of his own. Jason took to his own Instagram page with a note and a photo.

He wrote, “Birthday boys!!! [We’ve] been spending [birthdays] together for more than a decade now. Nobody else I would rather have to my right side on stage every night than my homeboy @kurtallison. Happy Birthday brutha. #2/27 #2/28”

Brittany and Jason wed back in March 2015. Since then, they have consistently shared their story with fans on social media. This is another magical moment we’ll be sure to never forget! 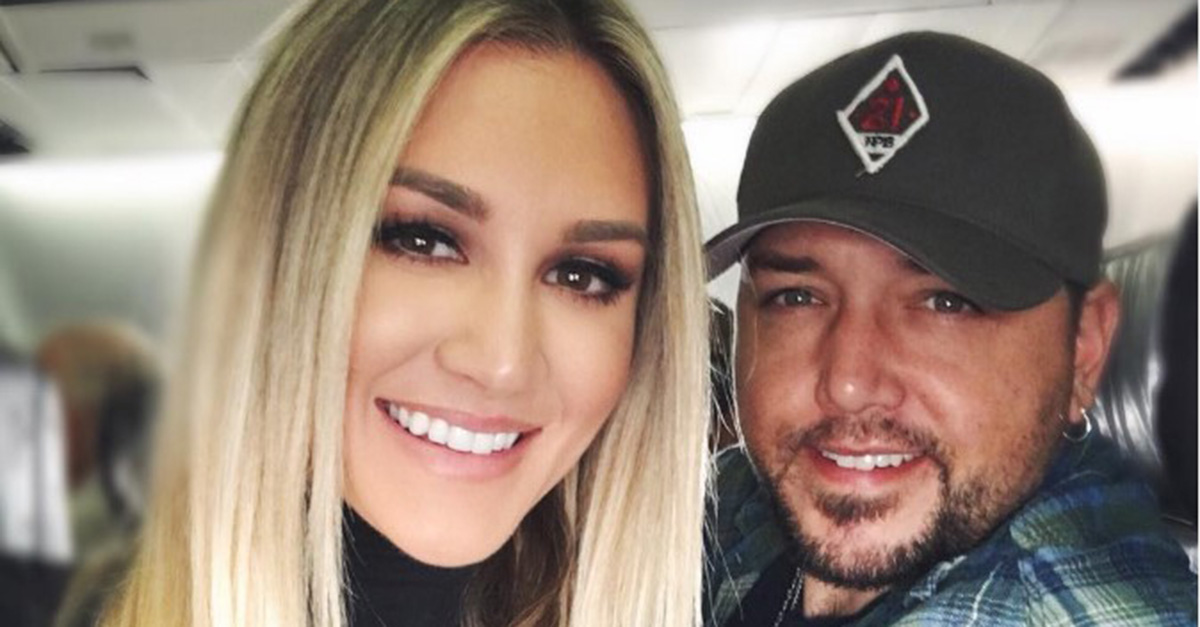