It started out innocently enough. Facebook co-founder and CEO Mark Zuckerberg traveled to Charlotte Motor Speedway on March 14 to hang with NASCAR superstar Dale Earnhardt Jr. to learn a little more about the sport.

Then, he got in the car and went more than 175 miles an hour, leaving him to only have two words to say — “Holy shit!”

“OK, if this is all we get to do in Charlotte, that will be enough,” Mark said in the Facebook Live after the spine-tingling joyride. “What an amazing experience… I think there were probably millions of people who would die to do what I just did.”

“I wanted him to get a sense of the speed and the grip and the G-Forces,” Dale said during the video. “…I’m sure it was exhilarating. I couldn’t imagine getting into a car with a race car driver having never driven before myself.”

After the joyride, Mark got the courage to take over the driver’s seat, talking throughout the entire solo ride. “Oh, that’s a wall, there’s nothing good over there,” Mark said while Dale Jr. offered advice through his headset. “I don’t think he wants me going faster than 5,000 RPMs.”

Once their time on the track was through, the two went out for none other than a post-racing meal of fried chicken. 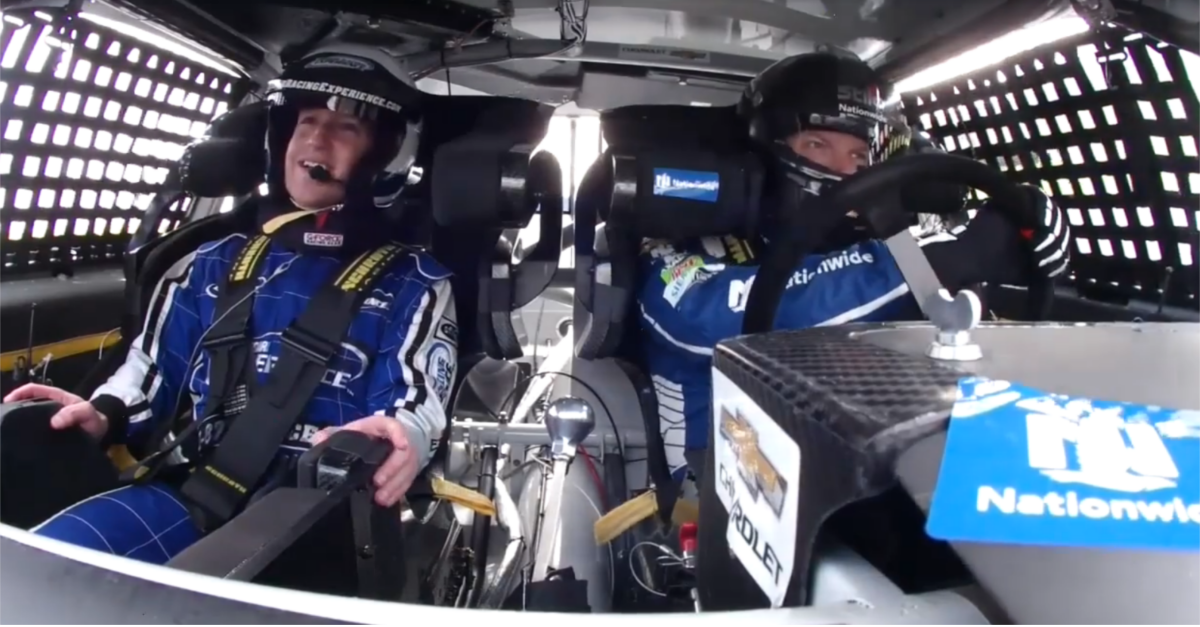