Menu
Follow us
Search
Menu
Search
LAREDO, TEXAS - JULY 23: Republican Presidential candidate and business mogul Donald Trump talks to media from his car wearing a, "Make America Great Again," hat during his trip to the border on July 23, 2015 in Laredo, Texas. Trump's recent comments, calling some immigrants from Mexico as drug traffickers and rapists, have stirred up reactions on both sides of the aisle. Although fellow Republican presidential candidate Rick Perry has denounced Trump's comments and his campaign in general, U.S. Senator from Texas Ted-Cruz has so far refused to bash his fellow Republican nominee. (Photo by Matthew Busch/Getty Images)

Donald Trump, returning to campaign mode sooner than nearly every president before him, is holding a rally in Ypsilanti, Mich., (not Detroit) today. Ypsilanti (“Ypsi” for the locals) is a regional center of the auto industry, and Trump has made it clear that American automakers are at the top of the agenda.

United Auto Workers union leaders, however, are leery. They have not endorsed the event.

Though Trump won historically high support among union members in last year’s election and many support Trump’s protectionist stances on NAFTA and the Trans-Pacific Partnership, they know Trump’s Republican colleagues aren’t as friendly to unions or their members.

House Republicans, for example, introduced a national “Right to Work” law just last month. The bill would extend right-to-work legislation to the 23 states that haven’t already adopted it. “Right to work” laws make it illegal to require union membership as a condition of employment and threaten to drive a spike through unions at a time when membership is already at a historic low.

UAW leaders say the workers they represent risk becoming “props” by attending the rally. The Detroit Free Press interviewed Charles Bell, who is the president of UAW Local 1700, which represents workers at a Fiat Chrysler plant in Sterling Heights, MI. Bell says Trump’s support is opportunistic, and he will not be attending today’s rally.

“I think he sees an opportunity to say that he has the support of unionized workers in Michigan, and that’s why he wanted workers at his rally, and I was not going to be a part of that,” Bell told the paper in explaining his choice to not attend. “I think, in my opinion, that he does not have the best interest of working-class people in his heart.” 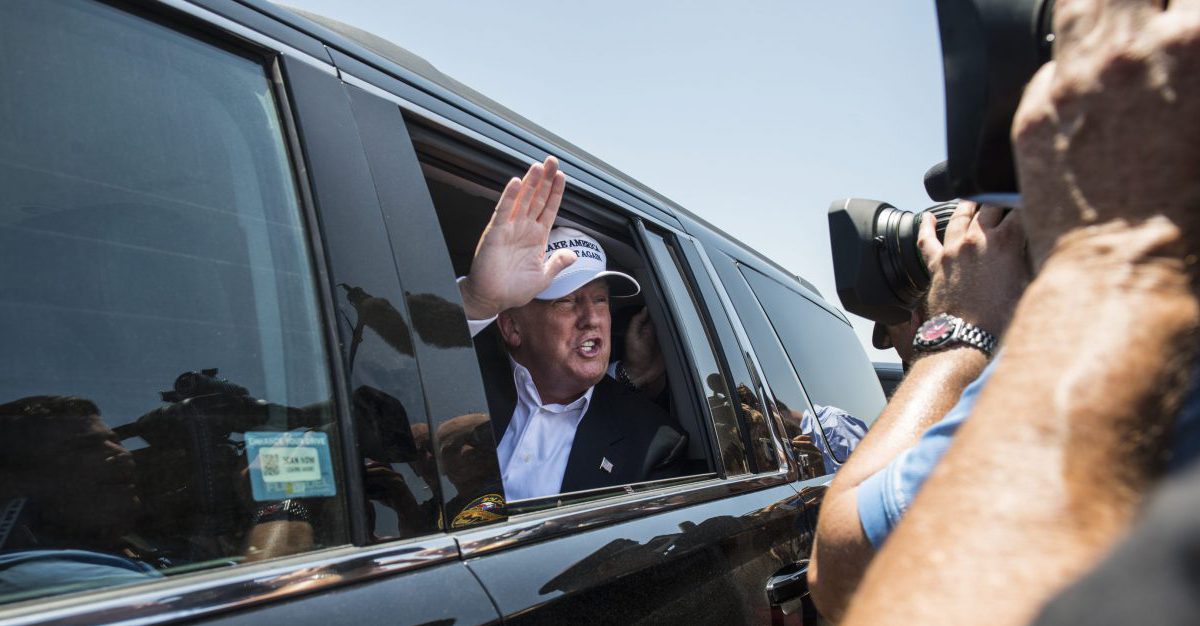