When it comes to supporting the United States military, Trace Adkins is as passionate and dedicated as they come. Like many of his peers, Trace has made multiple visits to military bases overseas, performing for soldiers and meeting the women and men who courageously defend our country. And he’s learned a lot about the challenges that face our service personnel. Mostly, he’s learned that once a soldier, always a soldier.

In “Still A Soldier,” from his upcoming project, “Something’s Going On,” which is out March 31, Trace sings about that patriotic dedication that keeps our fine soldiers always on the ready and standing for the anthem, even after they’ve put away their guns and boots.

RELATED: Trace Adkins comes clean about his challenging past in revealing new video

In an early look of Trace’s behind-the-music sneak peek of “Something’s Going On,” which will soon be released on video, the country star talked about the song.

“I know so many of those guys, those separated service members that still… if they were called on today they would go get on a plane and head back over there in a heartbeat,” he said. “They’re still ready and willing to serve. Even the ones — especially the ones that were wounded — they just want to get back to work.”

He added, “This is a song that also kind of deals with, in a subtle way, PTSD, which is a problem that we all need to mindful of. It’s something that is an ongoing thing and we’ll continue to try to deal with it any way we can and help those guys out. This is a song that I’m proud we put on this album.”

RELATED: Trace Adkins shows off his generous heart in a very public way

This is hardly Trace’s first musical tribute to the military. On his 2005 album, “Songs About Me,” which you can listen to here, Trace recorded and released “Arlington” as a single. The heartbreaking song tells the story of a fallen soldier who considers the greatest reward for his military service is being laid to rest among his fellow heroes in the Arlington National Cemetery. When some soldiers’ families expressed concern that the song may romanticize a soldier’s death, Trace respectfully pulled the song from radio.

On his 2008 album, “X,” Trace included the anthem “Til The Last Shot’s Fired,” then delivered a majestic performance of the song, backed by the West Point Glee Club, at the 2009 ACM Awards to recognize wounded warriors. If you’ve never seen it before, check it out with a tissue in hand. From the soldier’s introduction to the moment he respectfully removes his hat, it’s absolutely everything. 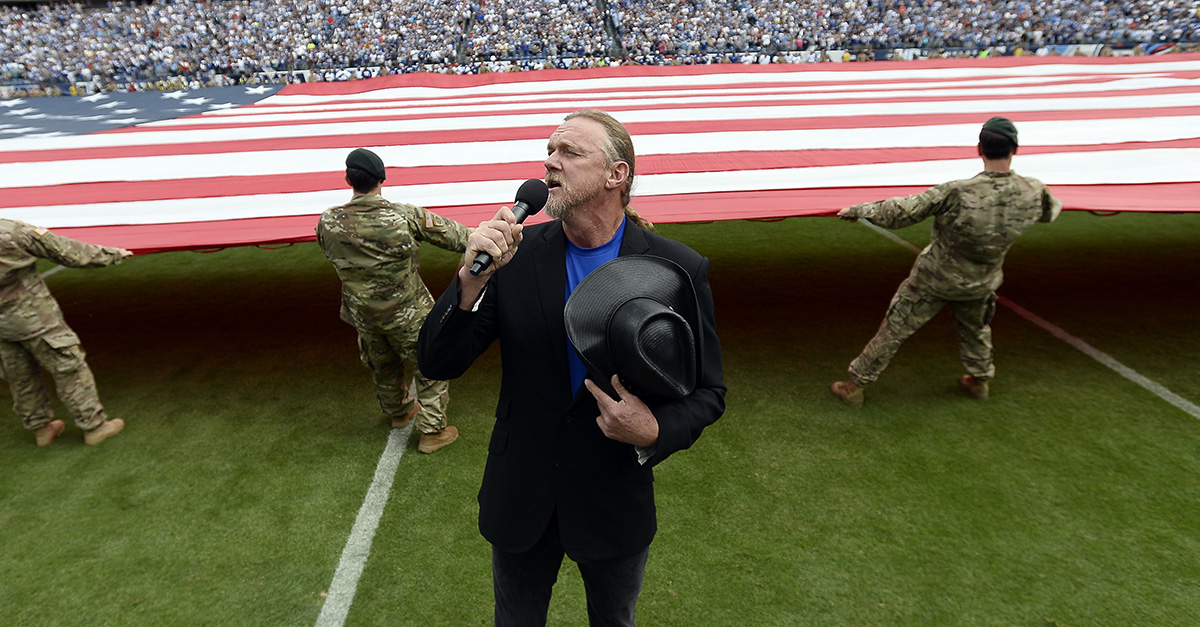