Luke Bryan is a great entertainer. He’s also an amazing father to his sons, Bo and Tate. So, when the country superstar combines his love of making kids smile with his passion for music, it’s the sweetest thing in the world!

Fans got to see that adorable combination come to life during a recent concert when the 40-year-old singer brought a little girl up to the stage.

The endearing moment happened at The Wharf Amphitheater in Orange Beach, Alabama on March 17, during the first of a two-night run on Luke’s Kill The Lights Tour. Luke invited his young fan up to join him in singing his smash-hit “Drunk On You” from his 2011 album, “Tailgate & Tanlines.”

The little darling’s mama was so excited over her daughter’s once-in-a-lifetime opportunity that she posted a video of it on Instagram. She simply captioned, “Such a magical moment!!”

In this clip, Luke gets down on his knees to match the height of the girl in the tiny frame. They chat a bit before swapping verses on the song. Then, the crowd erupts into applause, as the new buddies share a warm embrace. Luke even capped off the mini duet session with a smooch on the child’s cheek!

RELATED: Blake Shelton and Luke Bryan reminisce about the first time they met each other

How precious! We can only imagine that this girl is still on a high over the special moment.

Aside from pleasing his fans in concert, Luke has a lot going on these days. Not only will he be teaming up with Blake Shelton as an adviser on NBC’s “The Voice,” but he will also be back to co-host the 2017 Academy of Country Music Awards with fellow country star Dierks Bentley. The 52nd annual ACM Awards will take place April 2 at the T-Mobile Arena in Las Vegas. 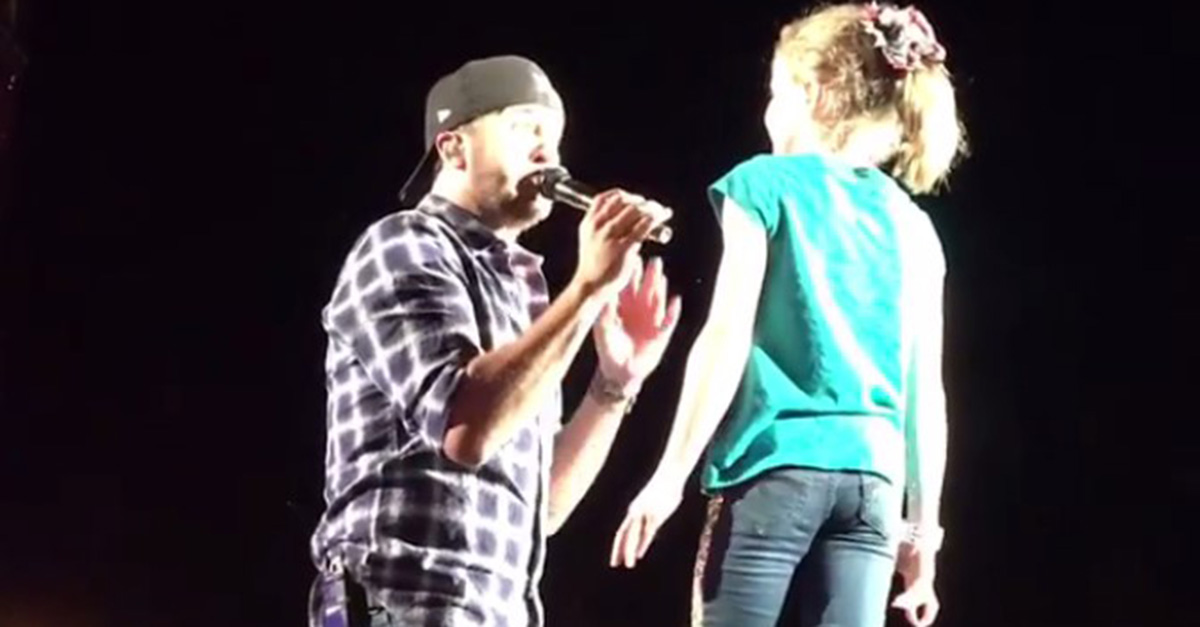