Country singers Ashley Levin and Casi Joy proved to be standouts in their own right when they were pitted against each other on “The Voice,” as part of the all-important battle rounds on March 20.

The Team Blake members performed Reba McEntire’s No. 1 hit “How Blue” from her 1984 album, “My Kind Of Country.”

Prior to their performance, Ashley and Casi took notes from coach Blake Shelton, as well as key adviser Luke Bryan. The “Play It Again” singer said he loved Ashley’s powerhouse pipes and compared Casi’s vocals to Tammy Wynette. As for Blake, he said, “They’ve got that storyteller factor about them. It’s going to be an incredible performance.”

Turns out that Blake was right! Once Ashley and Casi hit the stage, they blended their vocals in flawless harmony before trading verses on the country classic. Casi, whose blonde ringlets complimented her sparkly pink dress, delivered the first few lines of the tune with noticeable sass. Then, the fiery, red-haired Casi let out a country-flavored growl, while strutting the stage in a pair of dangerous stilettos. Toward the end of the song, both girls brought Blake to his feet with their phenomenal performance.

First to comment on the duo’s amazing musical arrangement was coach Alicia Keys. She said, “It was like bona fide battle status.” Adam Levine, then, compared the girls battle round performance to a boxing match. Coach Gwen Stefani also added, “Both of your voices are so beautiful.”

After explaining his regret for pairing the two girls together, Blake went with his “gut” choice. He went with Casi. Despite Blake’s decision, Ashley earned a rare three-coach steal! Ashley gave Gwen and Adam a chance to try and persuade her into choosing them as a coach, but she ultimately went with Alicia Keys.

We’re so glad to see that Ashley and Casi are both safe, y’all! “The Voice” continues at 8 p.m. ET on Tuesday, March 21 on NBC. 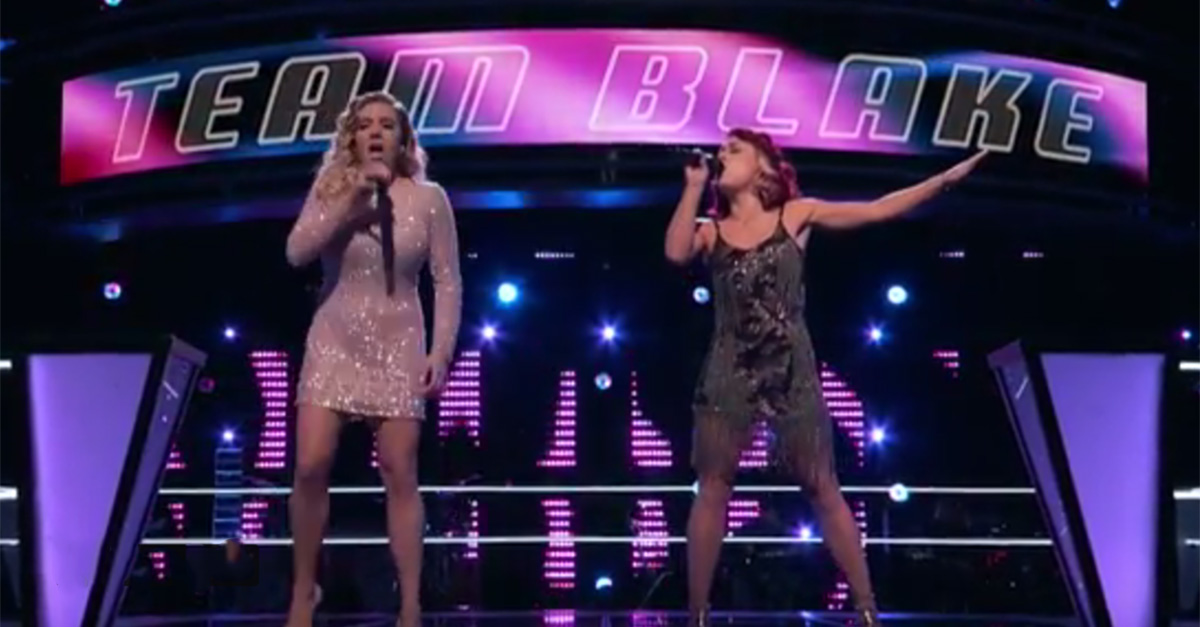