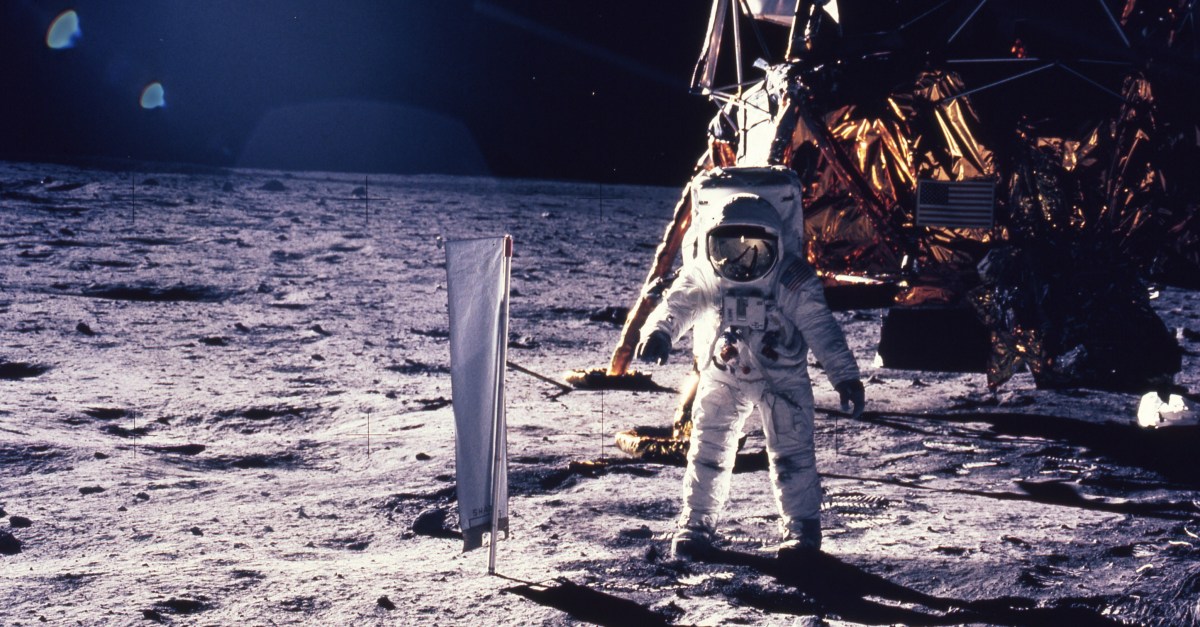 NASA/Associated Press
CORRECTS DATE TO JULY 20, NOT 30 - FILE - In this July 20, 1969 file photo, astronaut Edwin E. Aldrin Jr. walks on the surface of the moon. On Wednesday, Dec. 14, 2016, a federal judge in Kansas has ruled that a bag used to collect lunar samples during the first manned mission to the moon legally belongs to an Illinois woman who bought it for $995 when it was mistakenly sold during a government auction. (Neil Armstrong/NASA via AP, File)

Do you think you have what it takes to be an astronaut? They’re some of the most accomplished people on the planet (and in the galaxy). As of November 2013, fewer than 550 people have gone into space.

Here are some high-flying facts about astronauts.

A spacesuit weighs about 280 pounds, but that doesn’t matter, because it’s technically weightless in space.

Astronauts are allotted less than three pounds of mostly processed food a day. Here’s hoping they don’t get too hungry!

And what about hygiene? Obviously, some adaptations must be made for space. For example, astronauts can only use “rinseless” shampoos.