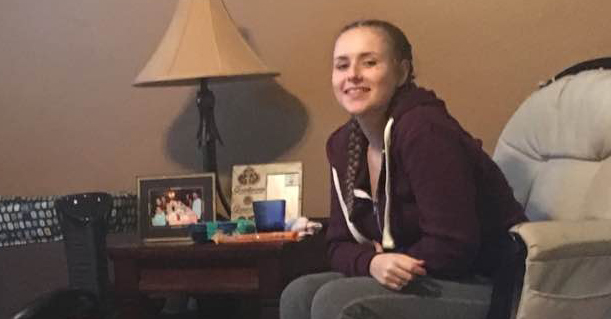 A pregnant Fresno, Calif., woman was shot and killed in her bedroom with her 4-month-old baby lying in bed next to her.

Police told Fresno’s KFSN that several people were in Amber Baker’s bedroom early Sunday when she was shot. Investigators are trying to track them down.

The apartment was shared by Baker, her son and her sister, Cassie Baker, plus three other women. Cassie Baker told the Fresno Bee that Amber, 20, invited several people over for a party Saturday night.

RELATED: Indiana girl may have caught her killer on video, police released bit of audio

“A lot of people were here when we got here, and we’ve been working on the case since we got it that morning,” said Fresno Police Lt. Joe Gomez.

Cassie Baker told police she had an argument with her sister, who was about six weeks pregnant, and left the apartment. She said that after sitting in her car, she sent Amber an apology on Facebook, but Amber never replied.

“Our last words were so hateful,” Cassie Baker told the Fresno Bee. Then she got a phone call from a roommate who said Amber had been shot.

RELATED: Slain KKK Imperial Wizard was murdered by those closest to him, police say

“Maybe it was the friends she started hanging out with,” she said.

The Baker family is distraught.

“We’re not a rich family, but we’re rich with values and love and compassion,” the victim’s father, Vance Baker, told KSFN. “We believe that there?s more good in this world than bad. We just got viciously attacked by the bad. Our main goal is to give my beautiful daughter justice.”

A GoFundMe page has been set up to help with funeral costs.

“Amber had a zest for life, her smile was contagious,” the page reads. “She brought laughter and smiles to all. Amber leaves behind a 4-month-old beautiful baby boy, Ayden. Her baby was the light of her life.”