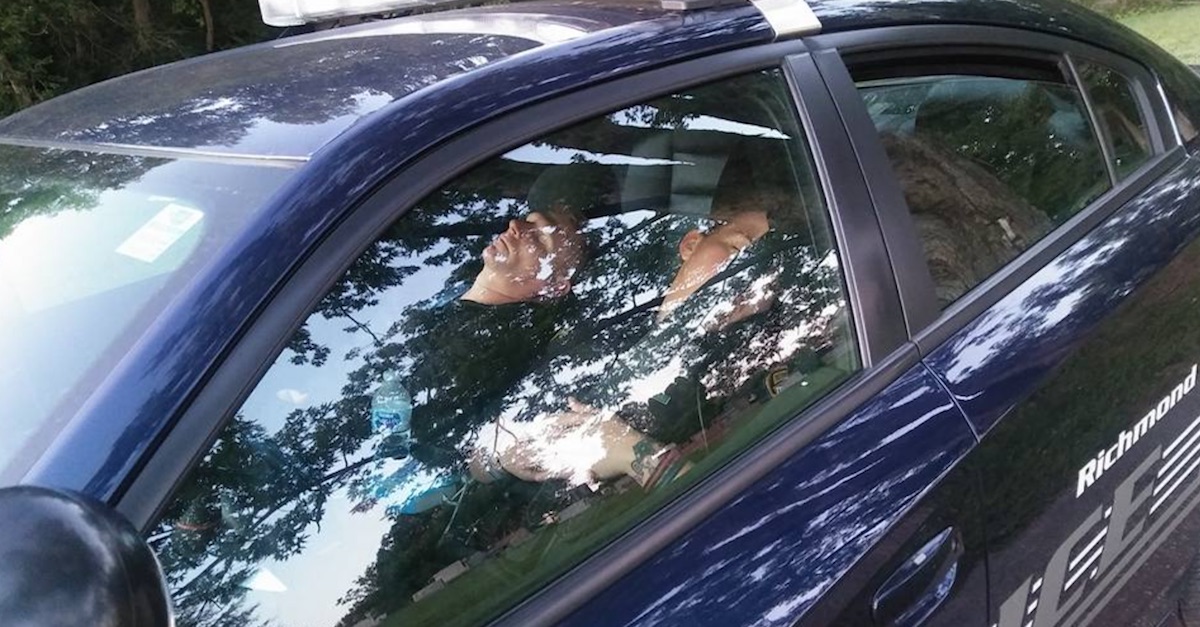 RICHMOND, Ind. — A photo of two Indiana police officers that allegedly shows them sleeping in their cruiser has sparked a spirited online discussion.

Sarah E. Lawrence posted several photos on Facebook that she claimed were taken Saturday morning at St. Andrews Cemetery in Richmond. The photos show two Richmond police officers who appear to be asleep in their cruiser, which is parked on a cemetery road.

The reaction to the sleeping officers was mixed. While some were annoyed that public servants appeared to be sleeping on the job, others came to their defense, saying they may have been on break.

Richmond Police Chief Jim Branum told The Palladium-Item that he will launch an internal investigation into the matter. He said department policy prohibits officers from sleeping while on duty, and the officers could face disciplinary action.