Former director of the CIA and NSA Gen. Michael Hayden made an appearance on “The Late Show with Stephen Colbert” Tuesday to discuss President Donald Trump’s explosive claims against former President Obama.

On Saturday morning, President Trump sent out several tweets accusing the former president of wiretapping Trump Tower, calling it a “new low.” Since that time, he has provided no evidence for his claims, despite repeated requests from the media.

During Hayden’s “The Late Show” appearance, host Stephen Colbert went right to the most important matter by asking him about Trump’s allegations: “On Saturday morning, at 6:35 in the morning the president tweeted that Barack Obama wiretapped him in Trump Tower. Is that possible?”

Hayden responded with a very decisive “No.”

When asked why, the retired general said, “Because in the 1970s, we took the authority to direct that action out of the hands of the president, and we put it in the hands of the federal court system.”

RELATED: Stephen King pokes fun at President Trump after he claimed his phones were tapped by former President Obama

“The only part of the U.S. government that can grant the authority to do that is a federal judge, and if I were to want to do that as director of NSA,” Hayden said. “I’d have to go to the judge, and I’d have to prove to a level of probable cause that the intended target of the surveillance was either the agent of a foreign power or was involved in some sort of criminal activity.”

Colbert also wanted to know why the president couldn’t just find out for himself, to which Hayden replied, “On Saturday morning, he seemed to have forgotten that he was the President of the United States.”

He also added that President Trump could have contacted former Director of National Intelligence Jim Clapper or FBI director Jim Comey and asked them flat out if Obama had wiretapped Trump Tower.

“He did not choose to do that. He decided to go ahead and tweet out the accusation as if it were fact,” Hayden said.

“Should, in your opinion, the president be tweeting this?” Colbert asked.

Hayden once again replied with a flat “No.” 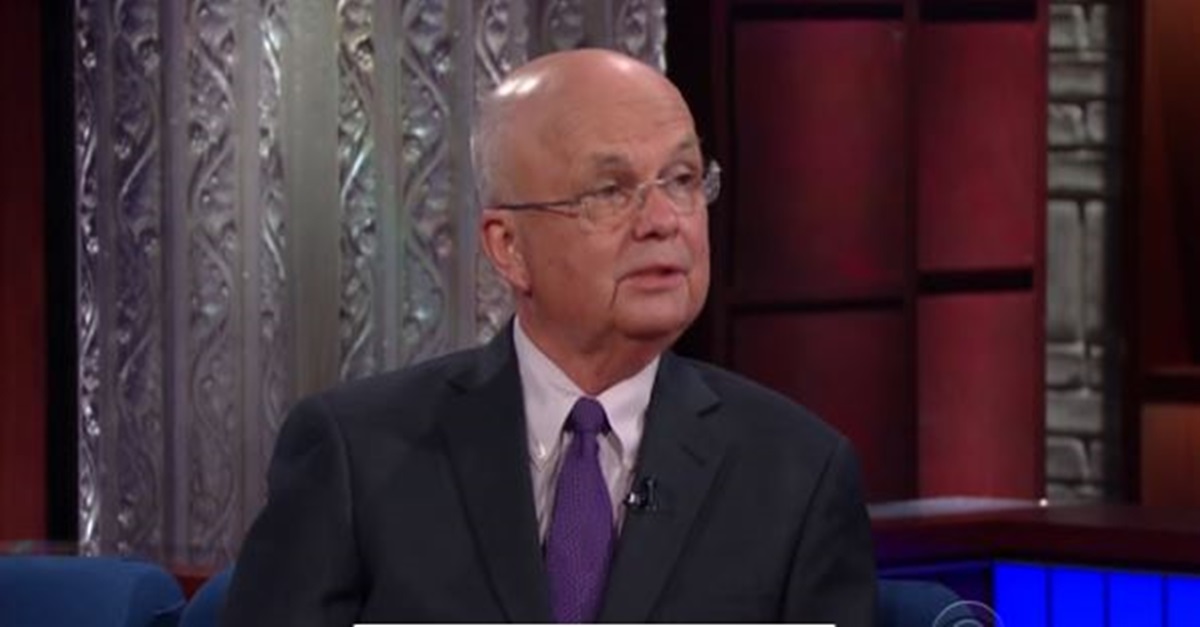