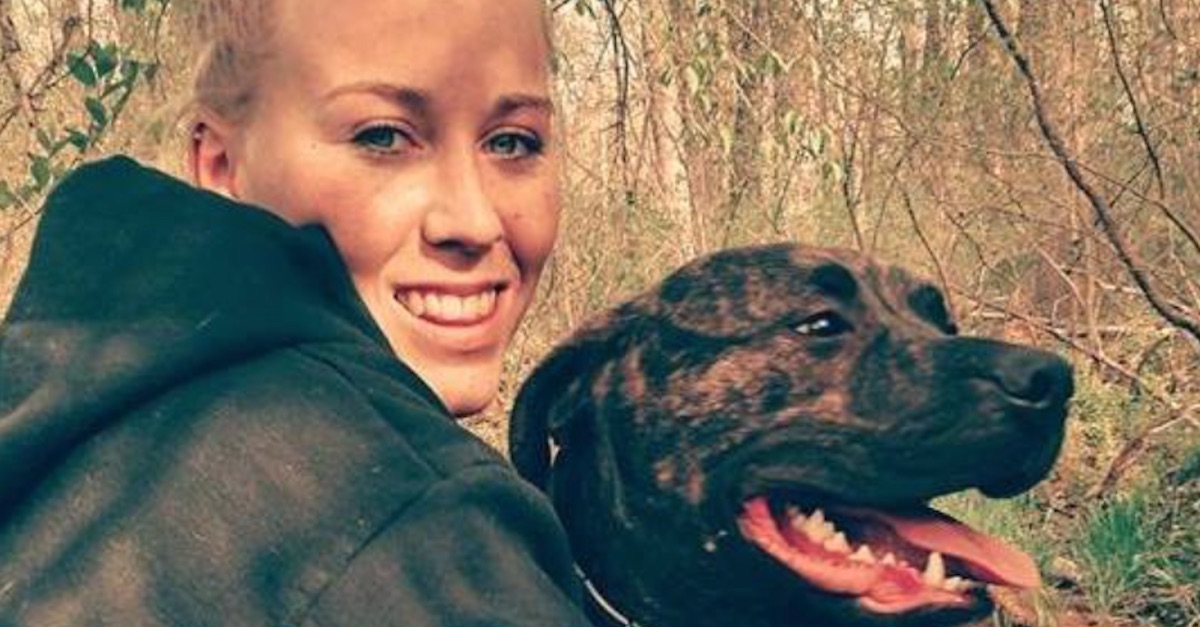 We learned Friday of the sad news that a 22-year-old woman from Glen Allen, Va., had been mauled to death by her two pit bulls after taking them for a walk, but friends of the deceased believe there’s no way the dogs she raised mauled her despite clear police determinations on the matter.

Barbara Norris, one of Stephens’ friends, told WRIC that she could not believe the 100-pound-plus pit bulls would have mauled anyone, especially the person who raised them from when they were puppies.

The police, however, said that it was clear what occurred.

Goodland County Sheriff James Agnew said they arrived on a wooded scene after Stephens’ father went looking for his daughter. They said her body was being guarded by two very large pit bulls, dogs that weighed as much as she did.

Agnew cited the medical examiner’s opinion of the grisly scene.

“It appeared the attack was a violent attack initiated by the victims’ dogs while the victim was out for a walk with the dogs,” he said. “The victim had defensive wounds on her hands and arms trying to keep the dogs away from her, which would be consistent with being attacked while she was still alive.”

“It appears she was taken to the ground, lost consciousness, and the dogs then mauled her to death,” he added. “In my 40 years of law enforcement I’ve never seen anything quite like it. I hope I never see anything like it again.”

The dogs are being held at Goochland County Animal Control and Agnew said they were seeking to have the animals euthanized.

The Richmond Times-Dispatch reported that police suspect the dogs were bred for fighting.