Whether Australia votes to ratify same-sex marriage will come down to the mail, of all things, reports the Wall Street Journal.

The upcoming vote is the country’s first postal vote since 1917. And while 70 percent of voters say they support the measure, only 65 percent say they are sure to vote. There’s a real fear that not enough of the core yes-voting bloc knows how to mail a ballot.

RELATED: A 68-year-old man is in custody after he mailed a fake bomb and a real body part to the IRS

Tiernan Brady ran Ireland’s campaign to push for same-sex marriage in 2015. His work is cut out for him in Australia, a country that he says doesn’t do postal voting.

“The last one was in 1917, so we can safely say no one alive remembers it,” he said to the Wall Street Journal.

That’s not to say that Brady, or even his opponents facing the same problem, are doomed. Over 90,000 people have registered to vote since August, when it was announced that the question would be put to a vote. Most of them are young.

Now, they just need to check their mail, mark their vote on a ballot and mail it back. 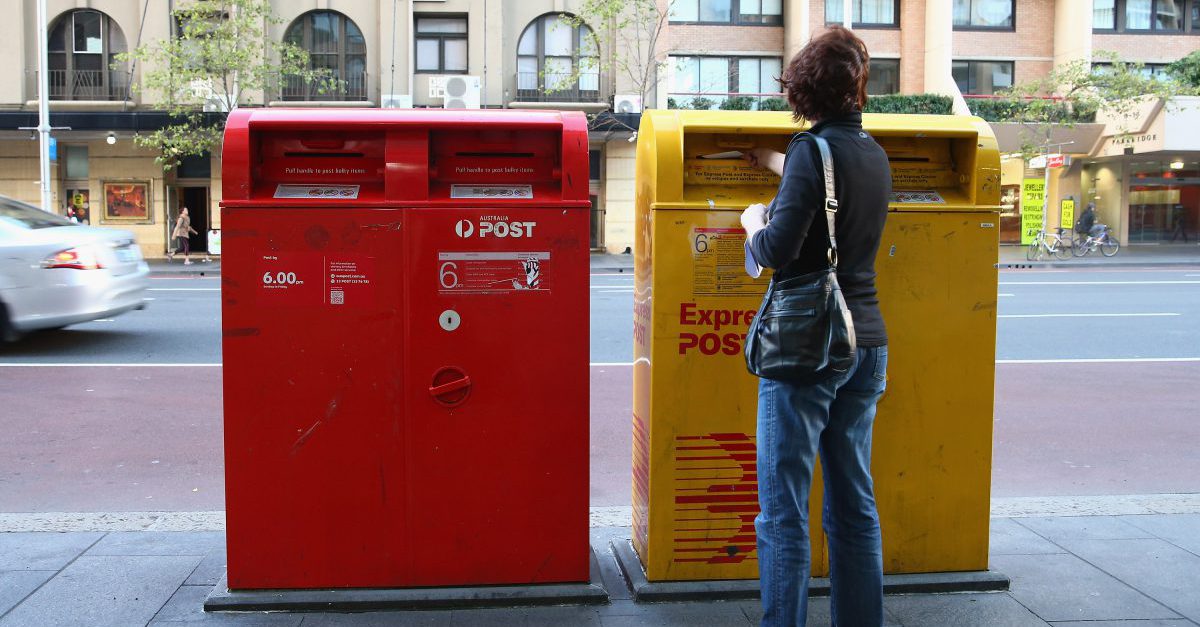