A Georgia woman’s anniversary was ruined by a traffic ticket, but the judge has trouble of his own 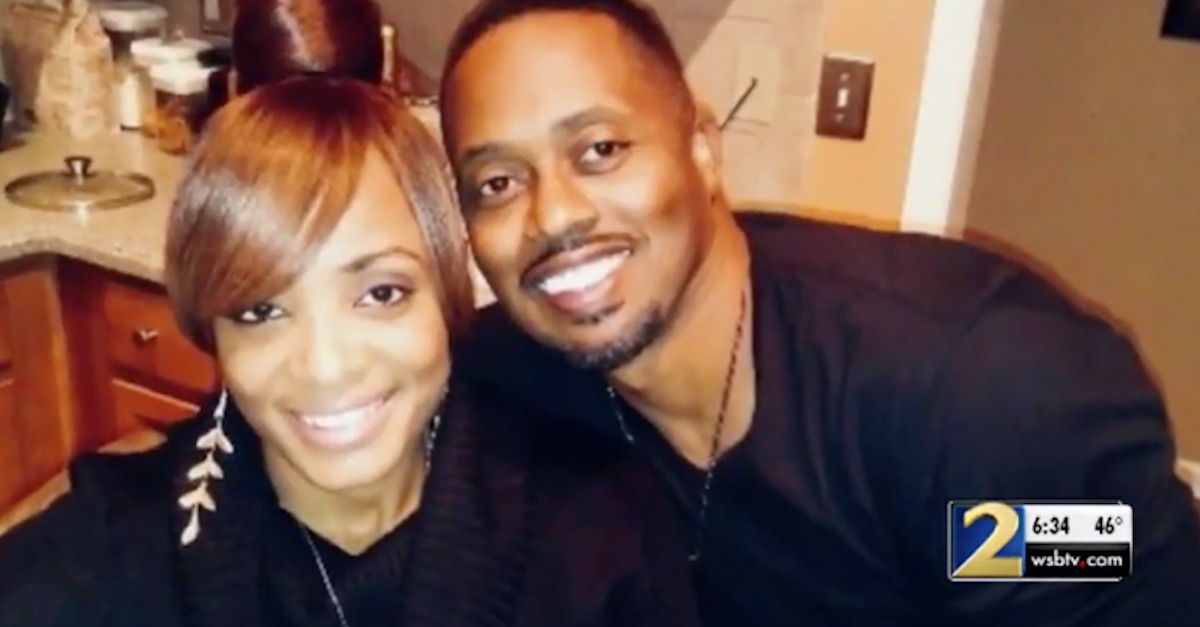 A Georgia woman said contesting her minor traffic ticket got her thrown in jail, and her complaint is the reason the judge is now off the bench.

Tatum is red-faced after she had to celebrate her wedding anniversary away from her husband.

?No, it wasn’t a celebration. I spent the night in jail on my 20th anniversary,? she said.

That’s after Decatur Municipal Court Judge Lindsay Jones sentenced her to two days in jail for a minor traffic violation. That sentence is why Jones is off the bench in Decatur.

?Judge Jones decided to resign, so he is no longer a member of our Municipal Court,? Decatur City Manager Peggy Merriss said.

Tatum went before Jones on Wednesday after getting an obstructing an intersection ticket.
She says she cleared the intersection before the light turned red.

Jones pulled the video surveillance from the area and determined Tatum did not clear the intersection.

He found her in contempt of court for being untruthful and sentenced her to two days in jail.

Tatum couldn?t believe it. And neither could her husband, who was in court, and thinks the judge was trying to send a message.

?This is what he does. If you dispute a ticket in this court, you’re going to jail,? Karl Tatum said. Tatum’s attorney called it judicial abuse.

?We have to have a day of reckoning over this. This can’t continue to happen,? Vickie Sadler said.

Merriss said the practice of using video and sending people to jail over minor traffic infractions is not condoned and only happened in Jones’ court.

?Certainly, none of our other judges would do that,? Merriss said.

RELATED: Judge lays into convicted quadruple murderer during his sentencing

Tatum’s attorney will try and get the citation wiped from her record. She only served one day in jail.