A white man who went to a predominantly black barbershop in Oklahoma City recently asked to have the Confederate flag cut into his head, and now it’s sparking a social media debate.

RELATED: A comedian is under fire for a joke he made about white people on Independence Day

The man, who asked not to be identified, first asked Demontre Heard, a barber at Fade N Up, to cut a flag of stars and lightning bolts into his head. The design was the logo for his favorite rapper Yelawolf’s record label, Slumerica, but that proved too complicated.

“It was just going to be too much, so he asked if I could do the Confederate flag in his head, and in the back of my head I’m like, ‘what kind of stuff are you on?'” Heard told KWTV.

Heard decided to put his feelings aside and look at it from a business perspective. If he cut the man’s hair, he would get paid and the customer would leave happy. So that’s what he did.

“You have the right to […] your opinion,” he said. “But at the end of the day your opinion doesn’t pay my bills, and I have kids to take care of.”

Corey “Scissorhands” Sutter, the owner of the barbershop, employs barbers of all ethnicities, but said the man’s request was one of the more interesting ones his shop has had.

“I’ve actually done Black Power in they head and all this type of stuff,” he said. “It’s been some gang members that wanted their sets in they head, but I never thought that would happen.”

Sutter took photos of the haircut and posted them to Facebook with the caption, “This guy came in and wanted the confederate flag in his head and that’s what he got. Fade N Up barber shop is all about giving you what you want.”

Facebook users engaged in a heated debate in the comments section, but Sutter pointed to his industry’s role in history to defend the decision.

RELATED: Lindsay Lohan has a message for people who insist on “bullying” the president.

“The barber shop is the last place where you can come and talk about religion, politics, sports, girls, guys and all that type of stuff, and keep it in a fun, good manner,” he said.

Sutter added they provide a service for a living, and that’s what they’re supposed to do. 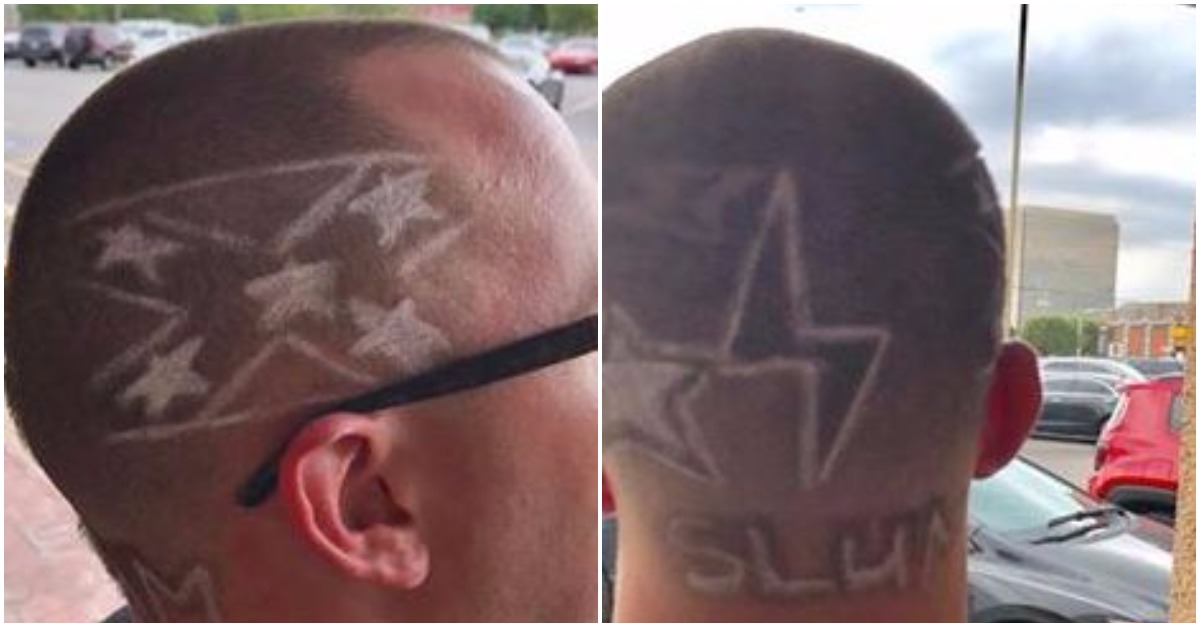