A form inside a student code of conduct booklet sparked conversation in Tallahassee, Fla.

A little girl came home from Leon County Schools and gave her booklet to her parents.

The “Pledge of Allegiance Request” form inside the booklet was something her mom wasn’t too pleased with.

RELATED: A Florida superintendent is fighting to have this controversial sign about the Pledge of Allegiance taken down

The form, which was to be returned to the school, read, “I understand my rights as a parent and I request that my child, noted above, be excused from reciting the Pledge of Allegiance. This request includes standing and placing his/her right hand over his/her heart.”

“This is the dumbest thing I have ever read and I am so ashamed of this,” the girl’s mother wrote in purple ink on the form.

RELATED: When an atheist group tried to take this phrase out of the Pledge of Allegiance, this high school senior got a lawyer

Micah Brienen saw his niece’s form with the response and added a photo of it to his Facebook page.

“My niece brought this home from school today…What is happening to our country?!?” Brienen wrote.

Brienen wrote another Facebook post three days later voicing more of his opinion about the form after getting several messages.

The school released a statement to TheBlaze that all school districts are required to be in the school of conduct booklet to express the students right to be excused from the Pledge of Allegiance due to a new change in Florida law.

In complying with the change in law, our staff developed a form for parents to use to exercise that right.

Superintendent [Jackie] Pons received several messages from the community in regards to this process and — upon further inspection — made the decision to remove the form and revise the code of conduct booklet.

We apologize for any confusion the form may have caused. We understand that approximately 400 paper copies [of the booklet] were distributed before the superintendent stopped the process.

Brienen got word that the form was removed and wrote, “I have just been informed that The Pledge of Allegiance request form has been removed from the student handbook district-wide. They’ve torn it out of every handbook.”

“We can make a difference! Let’s save America together!!” he concluded. 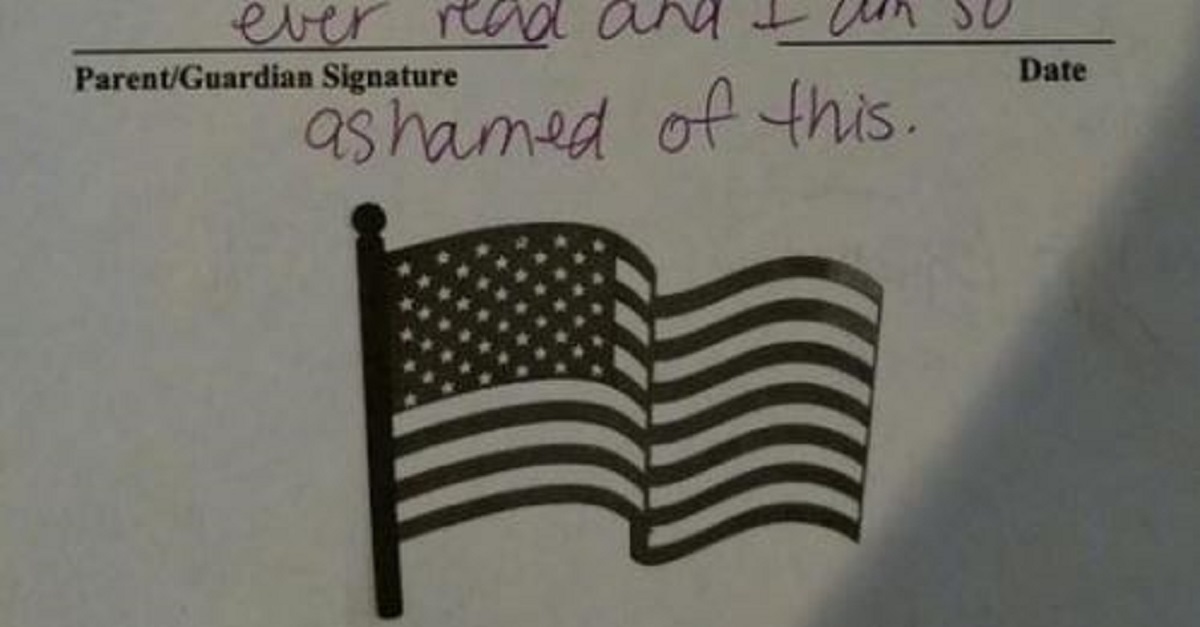