Well, that’s one way to shake things up.

A two-man Texas-based band called Sonic Rabbit Hole is paying the price for performing mock enemas live on stage at a cancer fundraiser in Houston in the name of “art.”

People left the event in droves by necessity, AdvantGarden owner Mariana Lemesoff told Click 2 Houston, because she thought there was a “health hazard.”

“It was disgusting; it was a health hazard,” she said. “Everybody at that point was really shocked, and then he proceeded to defecate on the stage and splatter feces everywhere.”

Even though we now know it wasn’t actual feces, it’s still disgusting.

Turns out, it was a Muscle Milk protein shake in an enema bag that exploded all over there place. But as bizarre as that is, it’s even more bizarre that it was done at a cancer benefit in the name of “art.”

“This is my art. When I get an idea, I don’t compromise my idea. I do it whether it’s a cancer benefit or where we could get away with whatever,” Michael Clemmons of Sonic Rabbit Hole said. “It was a protein shake that had leaked from the bag and the hose.”

Clemmons believes that what they did is “not all that out-there” and “literally nothing.”

“What I did is not all that out-there. This is nothing, literally. I don’t understand why I’m getting the attention for this,” he said.

Meanwhile, Lemesoff suggested that it was not art but an “assault” that took place, given that it shut down her business and resulted in hours of cleaning.

“There has to be a line where if it is an assault, then it can’t be art,” she said.

Clemmons doesn’t seem to view it that way.

He replied to Lemesoff’s damning Facebook post with a trollish “This is how you do it boys.” Do what, we don’t know.

Thankfully, some shifted attention away from Clemmons back to the event, posting a link to a GoFundMe campaign for the event “Zoning Out Over A Bowl of Ice Cream.”

To Clemmons’ credit, he at least shared the campaign.

If this story ends where it began — this time with people figuratively giving a s**t — maybe everyone involved will be better off. 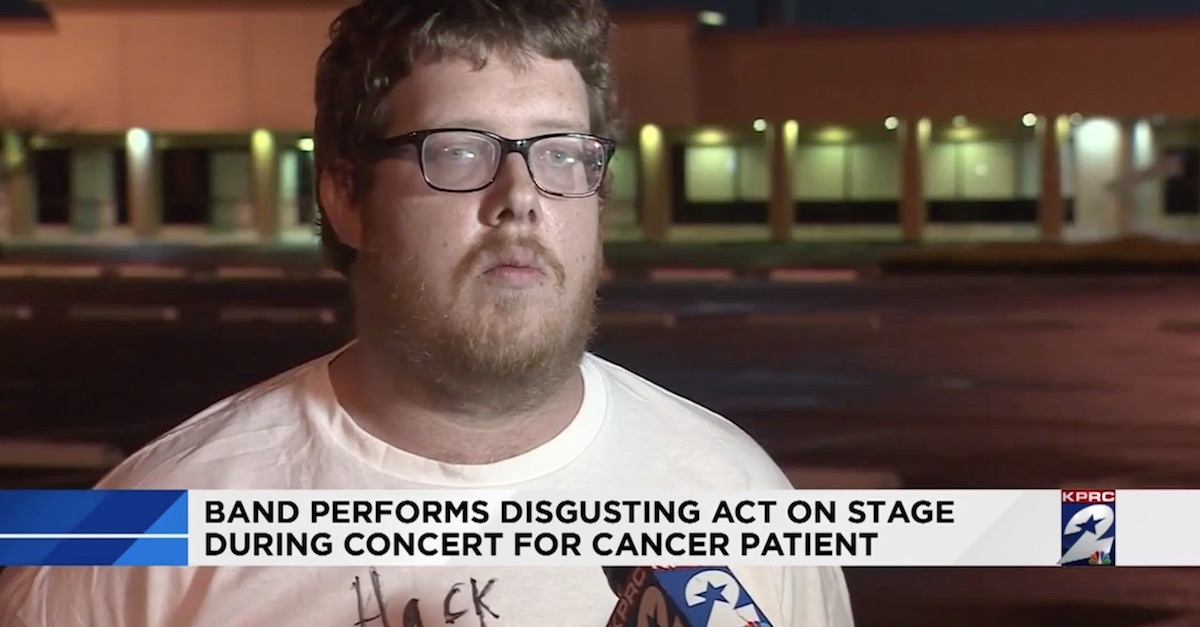