A former police chief has a new prosthetic arm, and he wants his old job back — but his town disagrees 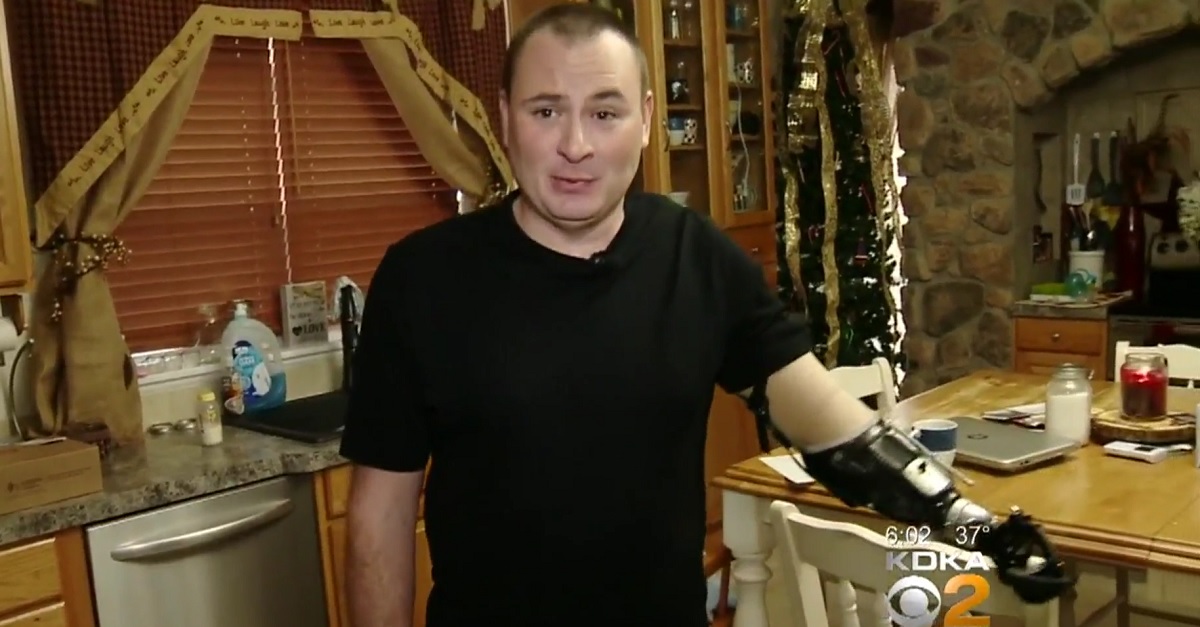 A Pennsylvania police chief says he is considering a lawsuit after the mayor of his town barred him from returning to work with a prosthetic arm, citing unspecified “legal concerns.”

Leechburg Police Chief Michael Diebold lost his hand and part of his arm in a fireworks accident over the summer. Since the June accident, Diebold has received a prosthetic limb — and he’s worked to earn his right to return to work with the police department, getting all necessary letters and certifications from the District Attorney’s office, the state of Pennsylvania and a clean bill of health from his doctor in the UPMC system.

RELATED: Police chief asks the city to let the family of a deceased cop buy his K-9 for a low price

He says there was an understanding between him, the office of Leechburg Mayor Wayne Dobos, and the town council that he’d return to work once he was cleared.

“I can do anything,” Diebold says. “There’s nothing physically now that I cannot do that I could not do before.”

Yet the day he was supposed to return to work, he didn’t. Before his shift, the mayor’s office called him while he was Christmas shopping with his wife and infant son and told him not to come in, he told CBS Pittsburgh. With less than a month until Christmas, he is on unpaid leave until further notice.

“Nobody will give me any explanation, any documentation, any reason… You don’t know financially what you can and can’t do now. I can honestly say this is the most despicable thing that’s ever happened to me in my life.”

CBS Pittsburgh contacted the mayor’s office and asked for a comment. They say Mayor Dobos refused to answer questions, reading a statement:

“Myself and all of the town council wish the chief a speedy return. It’s now in the hands of our lawyers.”