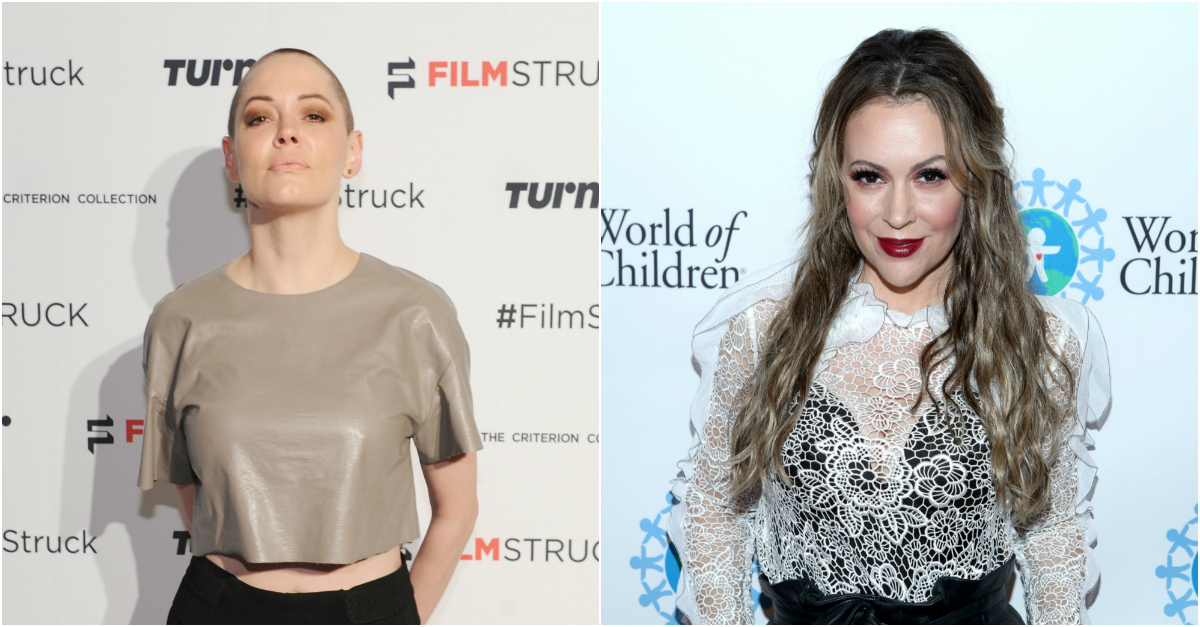 Milano appeared on “Megyn Kelly Today” last week and chatted with the host about her friend Chapman — with whom she worked on “Project Runway: All Stars.” Chapman announced in October said that she was leaving Weinstein after 10 years of marriage in the wake of the sexual misconduct allegations made against him by numerous women.

“Georgina is doing very well … she’s an amazing woman, and I think her priority right now is focusing on how to raise those two children to the best of her capacity given the situation,” Milano said. “She goes through very dark times. She’s very sad. This is not easy for her, but I have no doubt that not only will she come out on the other side of this, but she deserves to. She’s a good woman.”

In response, a furious McGowan tweeted “You make me want to vomit. You actually gave me a body flashback. Well done, fake one.”

You make me want to vomit. You actually gave me a body flashback. Well done, fake one – People https://t.co/XCdTWyp4dd

McGowan followed then suggested that Milano and Chapman should “call up Camille Cosby” — the wife of comedian Bill Cosby who stood by her husband after several sexual assault allegations.

Alyssa, maybe you and Georgina can call up Camille Cosby

RELATED: Alec Baldwin shares a strong opinion about what should happen to sexual harassers

McGowan was one of the first women to publicly speak out against Weinstein. She also slammed actor Ben Affleck after former MTV VA Hilarie Burton accused him of groping her during a taping of “TRL.” Affleck has since apologized on Twitter.

McGowan alleged that she was part of a settlement with Weinstein in 1997 following an encounter in a hotel room in an explosive New York Times article.

Back in October, she was suspended from Twitter on Wednesday for reportedly violating the social media site’s rules.

“TWITTER HAS SUSPENDED ME. THERE ARE POWERFUL FORCES AT WORK. BE MY VOICE. #ROSEARMY,” McGowan added in the caption.

TWITTER HAS SUSPENDED ME. THERE ARE POWERFUL FORCES AT WORK. BE MY VOICE. #ROSEARMY #whywomendontreport