The police department in Northampton, Mass., started “High-Five Friday,” a community-building program that allowed students to give police officers a high-five on their way into school.

The program began in December of last year.

RELATED: A Medal of Valor policeman in St. Louis says that he was told to “tone down the gayness”

The police department explained the inspiration behind the program, how they worked with the local school system to coordinate the program, and the opposition to the program.

During a school committee meaning, the Northampton Police Department explained that “a concern was raised that not all kids may feel comfortable with a police presence at the beginning of their school day.”

“Luckily, we still accept high fives, low fives, and fist bumps. If you see any of us out there on the streets, feel free to ask for one!” read the announcement 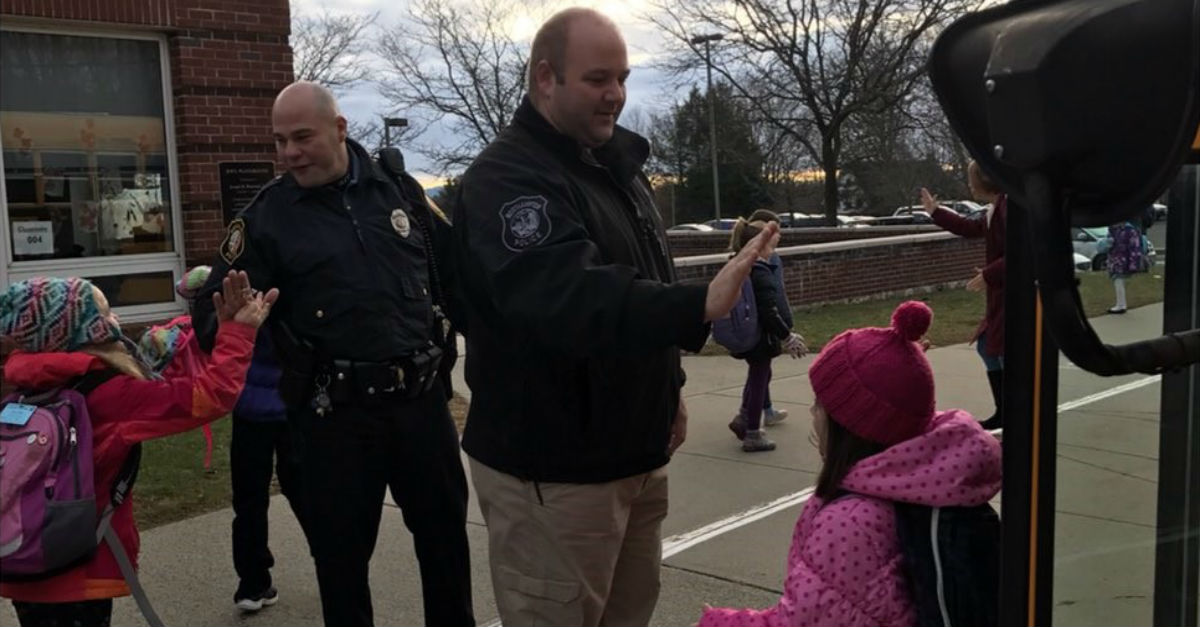