A woman suffered burns when a popular wrist device exploded after two weeks of use, she claims 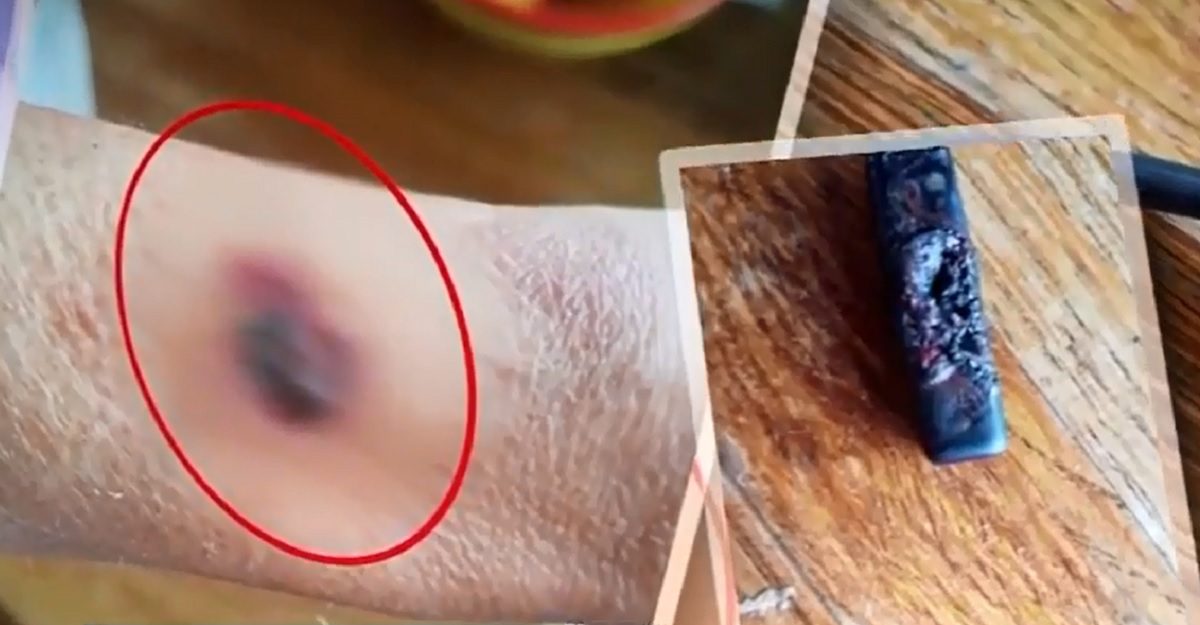 Dina Mitchell of Milwaukee, Wisconsin, is speaking out to warn other Fitbit wearers about the devices after she says one of them exploded on her wrist.

She had owned her FitBit Flex 2 for barely two weeks before she says it simply exploded on her arm, giving her a second-degree burn so severe that KTLV wouldn’t air the wound.

RELATED: Your Wal-Mart salad is being recalled, and there’s an awful reason why

“I got pieces of plastic burned into my arm,” she said, adding that a doctor had to remove shattered pieces of the device from her flesh. An urgent care facility in Waukesha, Wisconsin, confirmed to TMJ-4 that Mitchell had sought treatment there on the day after the injury.

She said there was no warning or obvious malfunction before the device exploded. More than the safety of the devices themselves, she’s worried about the people wearing them, including her nephew.

“[My nephew’s] whole class gets these, and they wear them,” she says. “Can you imagine what they would do to a child?”

FitBit is taking the claims seriously. They released the following statement:

We are extremely alarmed about Ms. Mitchell’s complaint regarding her Flex2 and we are investigating the issue. We are not aware of any other complaints of this nature. In fact, based on our extensive internal and independent safety testing, we do not believe it is possible for this to occur under normal use.  The quality of our products and the health and safety of our customers are our top priorities. Fitbit products are designed and produced in accordance with strict standards to ensure the safety of our users.