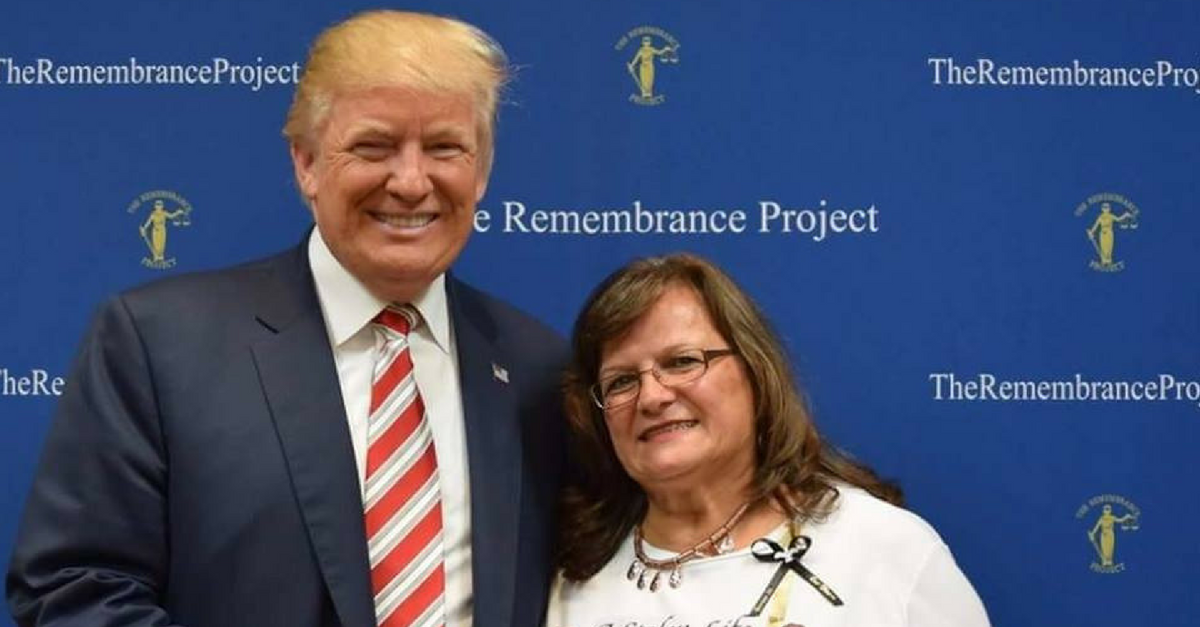 A mother whose son was shot and killed by an illegal immigrant from Mexico wants to personally help build President Donald Trump’s wall, even saying she’s ready to dig the trenches.

Agnes Gibboney, 62, lost her son Ronald da Silva in 2002 after he was shot dead in El Monte, Calif., by Luis Gonzalez, a known gang member who pleaded guilty to voluntary manslaughter for the crime. Gibboney, who is an immigrant from Hungary, says her son’s death is the reason why she support Trump’s immigration policies, which include a wall being built on the United States’ southern border.

“I am a legal immigrant. It took my family 13 years to legally immigrate to United States,” she told CBS 2 before offering her services to Trump. “Give me a shovel. Put me to dig the trench. I would be happy to do that. Rain or shine, 100 degrees, 120, I don’t care. I will be honored to do it.”

Gibboney is a big fan of President Trump, having attended his inauguration. She is also a member of The Remembrance Project, a group that provides support to families of relatives killed by undocumented immigrants. Her son would have turned 43 this past weekend. The man who killed him is set to be released from prison in 2020, and Gibboney fears he will not be deported and will get to remain in the country.

To those who oppose Trump’s stance on immigration, she asks, “If they would, for a minute, imagine their children six feet under, how would that make them feel?”